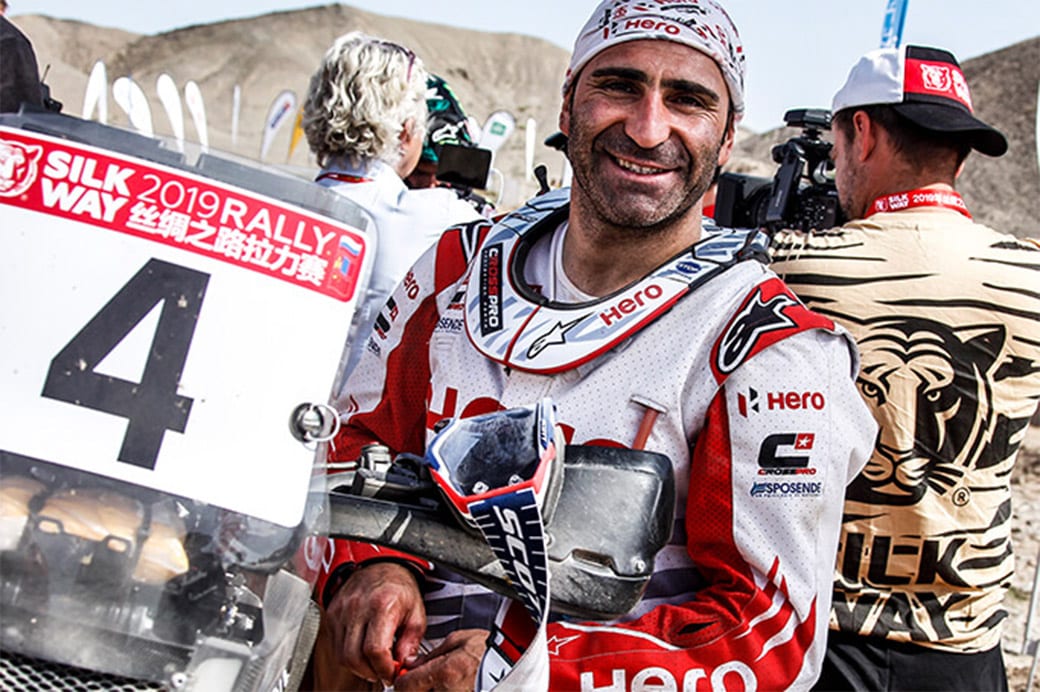 Paulo Goncalves has tragically died while competing at the 2020 Dakar Rally. The FIM has released a statement on the terribly sad news of the Hero MotoSports rider, which can be read below.

It is with immense sadness that we inform you of the death of Portuguese rider Paulo Goncalves this morning during Dakar seventh stage.
He has passed away from a fall sustained 276 kilometres into today’s special. The organisers received an alert at 10:08 and dispatched a medical helicopter that reached the biker at 10:16 and found him unconscious after going into cardiac arrest. Following resuscitation efforts in situ, the competitor was taken by helicopter to Layla Hospital, where he was sadly pronounced dead.
40-year-old Paulo Goncalves was taking part in his 13th Dakar. He made his debut in 2006 and had finished four times in the top 10, including an impressive performance as runner-up to Marc Coma in 2015. Paulo Goncalves, the 2013 FIM Cross-Country rallies World Champion, was sitting in 46th place overall after stage 6 of the 2020 Dakar.
On behalf of the FIM Family the President Jorge Viegas extends its deepest condolences to Paulo’s Family, the Amaury Sport Organisation (A.S.O.), the Portuguese Motorcycling Federation, the entire Dakar caravan and his many friends.
Dirt Bike Rider and TMX would also like to pass on their deepest sympathies to Paulo’s family, friends and the Hero MotoSports team.
Update January 12, 14:12 GMT: The team posted this message on their social media…
“We are sad beyond words to share that our Hero, Paulo Goncalves, passed away today. Our thoughts and prayers go out to his friends and family. A true champion, a great human being and, above all, a kindred spirit. RIP, Speedy Goncalves.”
[more-from heading=”Latest News” category=”news”]