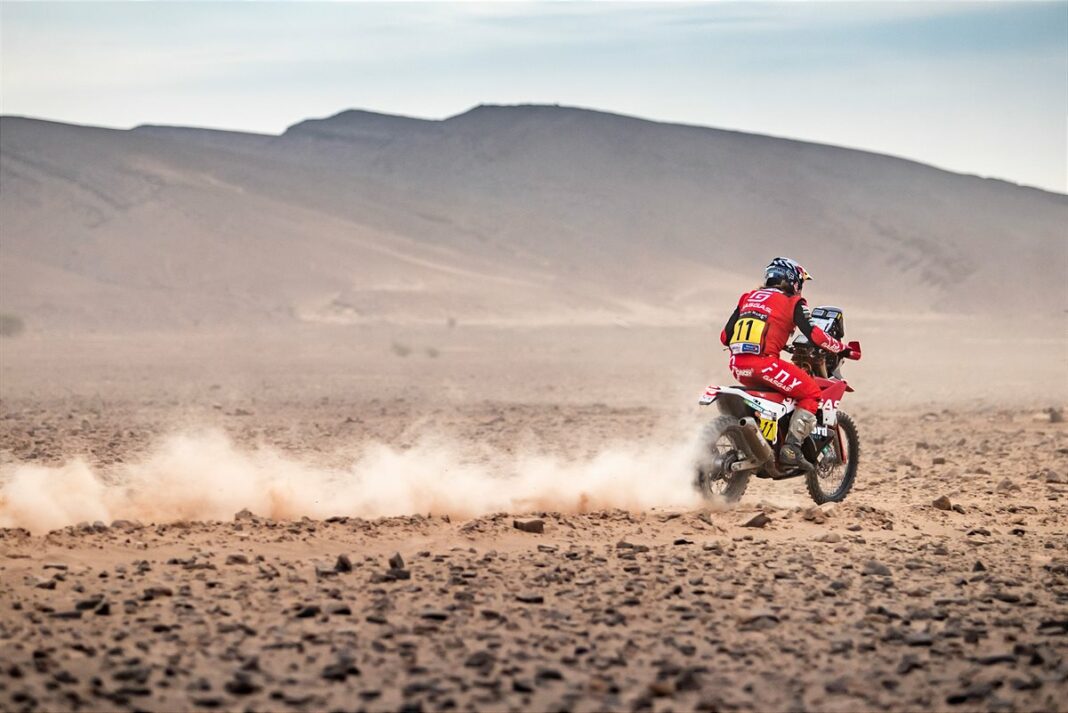 After such a promising start at the Rallye du Maroc, a couple of minor navigational errors by Daniel Sanders on stage three resulted in a lowly, by his standards, fifteenth place finish.

Nevertheless, by beginning the rally with two impressive stage times, the Australian only loses one spot in the provisional rally classification with an overall podium result still very much on the cards.

“It’s been a really tough day today,” explained Daniel. “Early on, about 30 kilometers in, I made a mistake with my navigation, so I then had to ride at my limit for the rest of the stage to make up for lost time. I think I lost around nine minutes there which was quite frustrating.”

“After the refueling station at 220 kilometers I was then into a pretty difficult navigation area and the lines from the guys in front were all over the place. There were some tricky notes in the roadbook, and it just caught me out. It was a learning day for sure today and in a way, it’s good to experience something like this to make me a better rider in the future and I definitely learned from it. Two days to go now and I’m looking forward to getting back up the sharp end tomorrow.”

With the Rallye du Maroc nearing its conclusion, Daniel remains positive despite a difficult day in the desert. Still in only his first season of racing in the FIM Cross-Country Rallies World Championship, Sanders continues to gain experience and has definitely learned that every day is a school day in the desert.

Tomorrow’s penultimate stage sends riders back into the sand dunes and with a very favourable starting position of fifteenth, Sanders can follow in the wheel tracks of those ahead and maybe throw a little caution to the wind. With the special estimated to cover over 367 kilometres, it’s going to be an intense day of racing and at the conclusion, we’re expecting Daniel to be up at the sharp end of the timesheets.