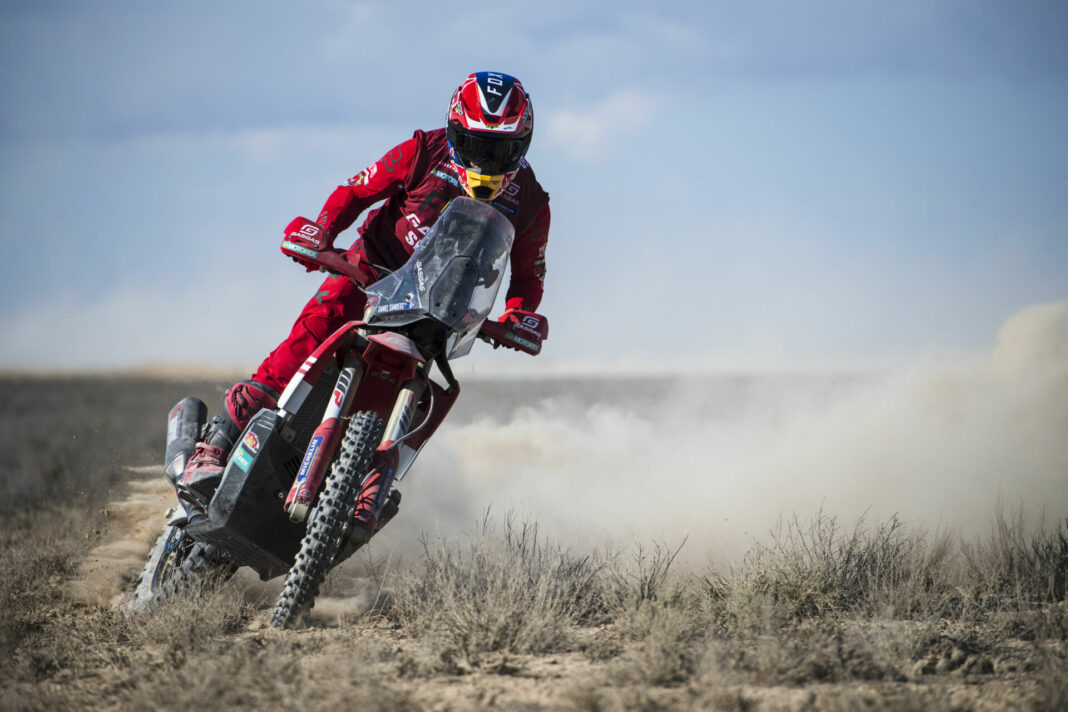 In what will be only his fourth competitive rally, and his second for GASGAS Factory Racing, the young Aussie will face the tough days in the saddle of his RC 450F, and cover over 5,400km as the event progresses from the mixed terrain of Russia into the deserts of Mongolia.

Signing for GASGAS Factory Racing earlier this year following a stand-out ride at the Dakar, the 26-year-old will be looking to continue gaining more experience, and work on his speed and navigation skills as he takes on the grueling event.

“I’m really looking forward to the Silk Way Rally,” said Sanders. “It’s definitely looking like it’s going to be hard, both physically and mentally. I’ve been getting in the miles since Kazakhstan, so I’m really happy with how the bike feels and I think we’re in a good place with the settings heading into this second round of the championship.

“Looking at the terrain it really does look like a real mixture, and the stages are long even when the specials aren’t too bad, there is often some lengthy liaisons to cover, and that can really prove tiring. My strength is definitely racing in sand, so I hope we see plenty of that when we hit Mongolia.

“Up to then, my plan is to get through the first week safely and then push on towards the end. With the added points awarded at this race, it’s important to get a good safe finish, so that’s my number one goal.