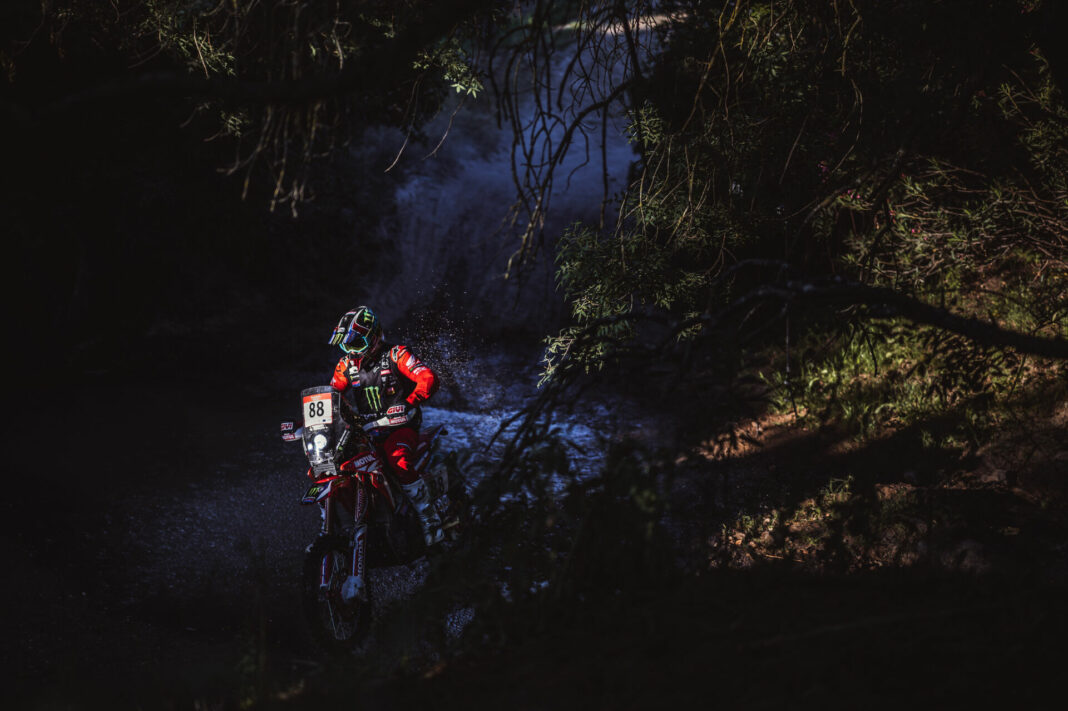 Monster Honda’s Joan Barreda put in a blistering performance on the final morning to take victory in the 2021 Andalucia Rally.

Opening the road and chased down by Lorenzo Santolino, Barreda actually increased his lead over the Sherco rider by 36 seconds to take his first victory since the Merzouga in 2018, in fine style.

The win is an important milestone for Barreda who struggled for two years with a troublesome wrist injury.

“It was really tough for a while. You look OK on the outside, nobody can see the problem you have and psychologically it is tough. I had a lot of operations on my wrist and then about a year and a half ago the fourth one worked and I was at last fully fit again which was really important for my motivation,” he said.

A fine performance also from Santolino who is once again on the podium here, one place better than last year. The Sherco rider was potentially in with a chance of pulling back the time on Barreda but a small crash right at the start and the slippery conditions put paid to the Spaniard’s hopes.

Santolino said: “Really happy for me and the team who are improving the bike every race. I learned a lot here and got more confidence with the navigation. Congratulations to Barreda for the win.”

Feeling more at ease with every passing day on his new bike, Pablo Quintanilla (Monster Honda) finished third on terrain that on paper shouldn’t suit this pure desert racer so much. Progression underlined by his win on the final stage of the rally.

Quintanilla concluded: “Yeah I’m very happy with my week. I like the bike and really enjoyed riding over the tracks and through the farms here. It was good to get to know my new team, all the mechanics and now I will head back to Chile, try out my bike in the desert and prepare for the rest of the season.”

Tough day in the Desert for GasGas Daniel Sanders