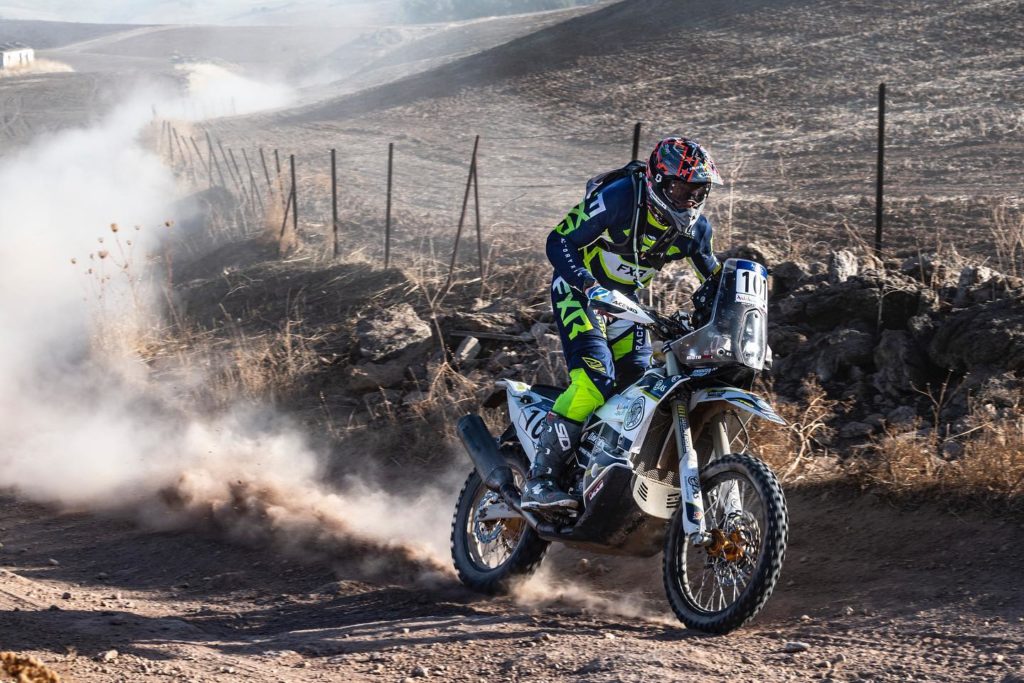 British off-road hero will race despite lack of funds...

With his gofundme total sitting at just over £45,000 – still almost £40,000 short of his target – British off-road hero David Knight has pushed the ‘go’ button on his 2021 Dakar Rally plans and will be in Saudi Arabia for the start on January 3.

“With the amount of support I’ve had I figured I just needed to get on and do it,” he said. “I can organise some fund-raisers myself afterwards if I need to but the total’s still going up – it went up by two grand yesterday.

“Last week I was just like ‘sod it, I’m going’ so I spoke to Henk [Hellegers] who runs the team and told him that he’ll get paid but it might take a few months. I need to go and do it and worry about [the money] later – if I don’t go now I never will.”

The 42-year-old three-time FIM Enduro World Champion has been overwhelmed by the show of support from his fans.

“It’s amazing how people have helped out – it’s very special. It’s hard times for everyone but people are still sticking a few quid in here and there. It will make me dig deeper than ever before.

“I need to go and ride steady, make sure I finish and then I can make a plan. Obviously, I don’t want to do anything daft and spanner myself but at the same time I don’t want to dawdle around and finish 50th. I’ve got to find a happy medium and go at a pace that I’m happy with that will get me to the finish without risking too much.”

Knighter thinks the long, solitary days that go hand-in-hand with big desert rallies will suit him – and hinted that if all goes well he might be back for a more focussed attempt on the Dakar podium in the future.

“I’ve always excelled on long events that I’ve ridden on my own – that’s where I love to be and that’s why the rally thing is good. On the shorter events, by the time you get into your flow the race is almost finished so I like it when I can get into my own mindset and keep pushing on. When you can forget about everything apart from just riding the bike, that’s what I enjoy the most. That’s why I used to like all the long extreme races.

“I’ve just got to use my head. I know it’s dangerous and I’m going to get my arse twitching now and again but I’ll ride steady and try and get to the finish. Once I’ve finished one then I could maybe have a better go next time.”