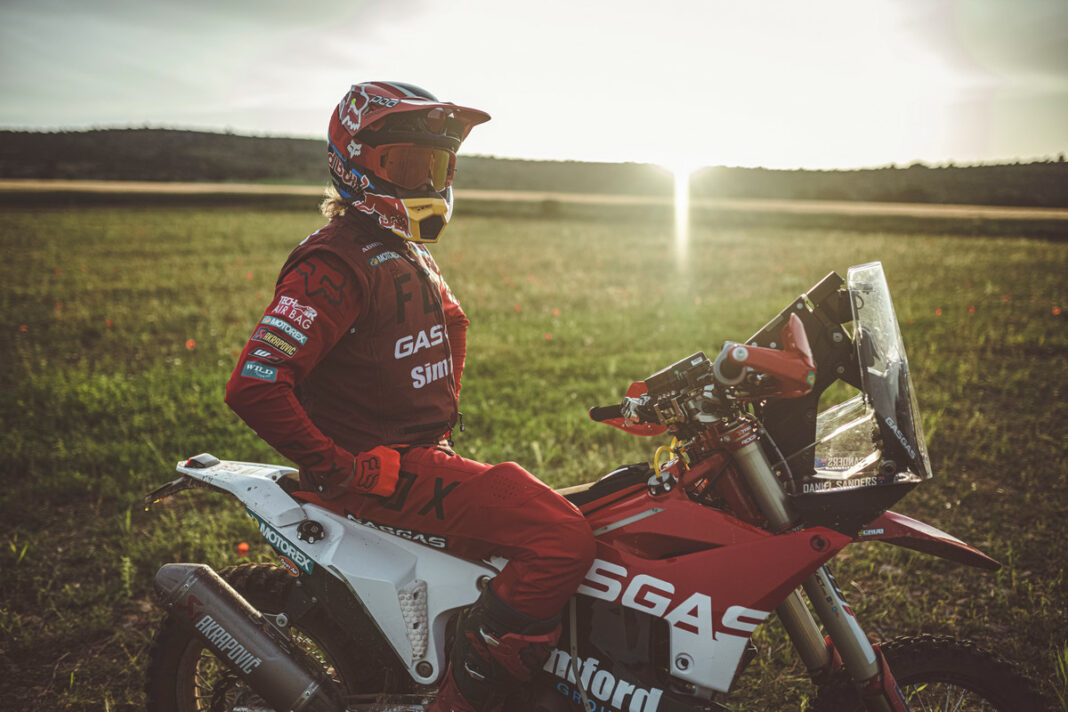 Daniel Sanders has joined GASGAS Factory Racing to chase rally glory in 2021, starting with the upcoming Rally Kazakhstan, and to also compete in the historic Dakar rally in 2022.

The former ISDE winner Daniel Sanders clearly has the skills needed to compete at the highest level on two wheels, something he made perfectly clear at the 2021 Dakar. Rocketing to a seriously impressive fourth overall and finishing as best rookie, make no mistake, Daniel has arrived on the rally scene.

With Sanders recently completing his final preparations ahead of the 2021 FIM Cross-Country Rallies World Championship, the 26 year old Aussie native is just days away from making his debut on board the GasGas machine, at the Kazakhstan Rally. Following the six round series which concludes in November, its then onto the big one, the Dakar Rally in January 2022.

“Being the face of GasGas in Rally is really cool,” Said Daniel. “Ive not been in rally that long so to be picked up and put on a Factory team this early in my career is awesome. I’m so looking forward to racing this year as part of the team.”

“It’s been such a long time since the Dakar and with the world championship coming up soon, I just can’t wait to be competing again. I’m excited for the future, the opportunity that I have, and its going to be a great year of racing. Let’s go!”