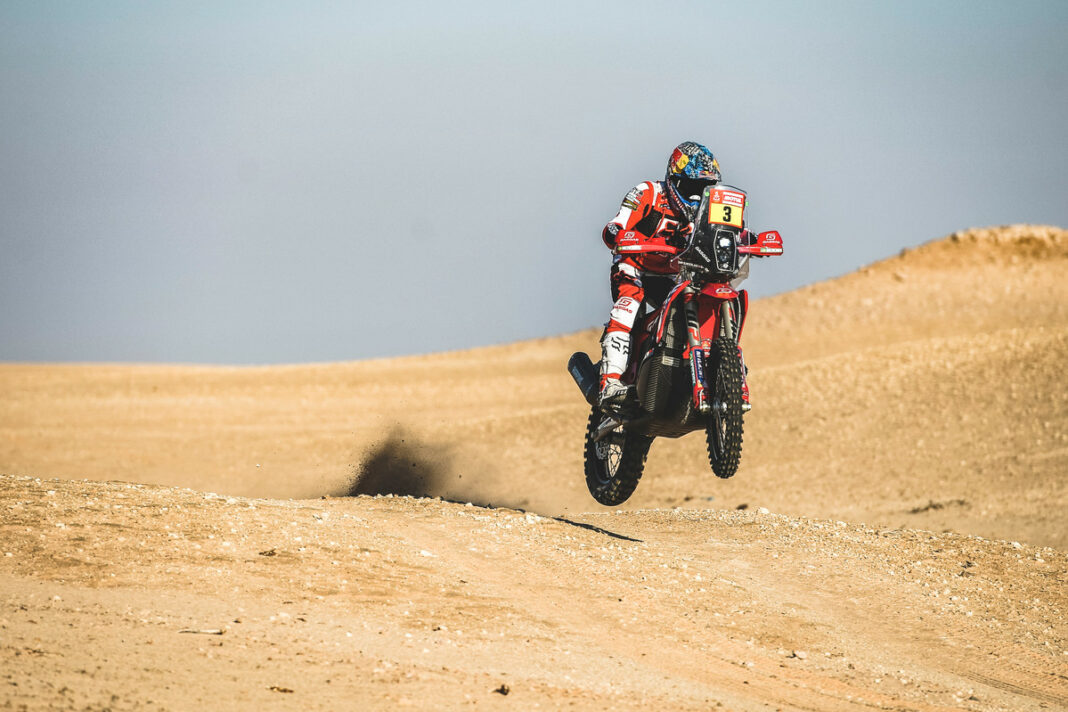 Sam Sunderland continues to lead the 2022 Dakar Rally with the British racer now enjoying a three-minute advantage over his closest rival in the provisional overall standings.

Chasing down the leading riders from his seventeenth place starting position on today’s 465-kilometer special, the Brit would ultimately complete the stage as the seventh fastest rider. For GASGAS Factory Racing’s Daniel Sanders, the Aussie was on a charge all day, opening much of the special and finishing the stage in seventeenth to move up to fourth in the general rankings.

“Things were going well today until I had a small crash in a riverbed while checking my roadbook.’ said Sunderland. “I just clipped a rock and that was all it took to take me down. I was able to get up pretty quickly, just as Barreda came by, so I latched onto him to the finish. I’ll get some rest now and prepare myself for tomorrow.”

Daniel Sanders rocketed forwards from his fifth place starting position on stage four, opening the challenging special from the 158-kilometer mark. With vast, rolling sand dunes in front of him, Chucky skillfully navigated across more than 300 kilometers to successfully reach the finish line in Riyadh. Going on to complete the stage as the 17th fastest rider he underlined the solid effort he’s putting in on his GASGAS RC 450F Rally.

“I got off to a really good start today and caught up to the leaders pretty quickly.’ said Sanders. “After refueling there was a group of us opening the stage and then after a tricky spot with navigation it was me and Skyler Howes who broke free initially.”

“Then I pushed on to lead on my own. Near the end I jumped off the top of a dune and I landed on a grassy mound, which wasn’t ideal, and I was really lucky not to crash there. But I cracked on with it and was able to finish the stage without any further issues. So all-in-all, a decent day for me.”