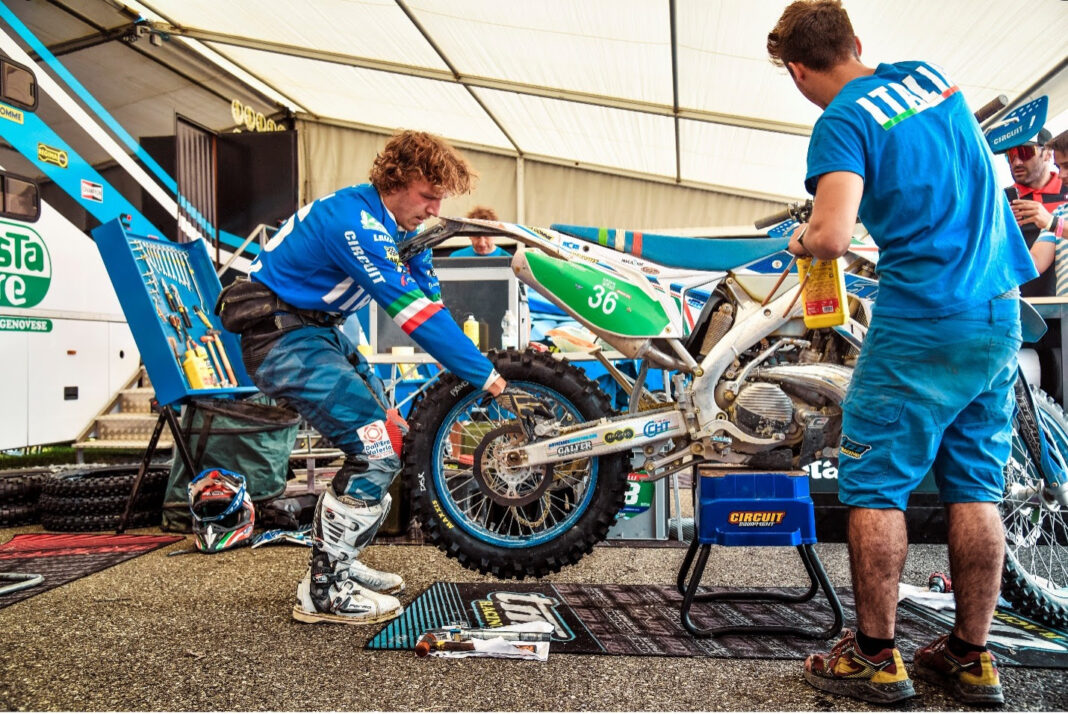 A largely dry and dusty day of competition with little in the way of shock results or unfortunate DNFs, it was GasGas’s Andrea Verona, Factic rider Davide Guarneri, Honda’s Thomas Oldrati, and TM’s Matteo Cavallo who, at the end of the one hundred and ninety five-kilometre, six special test day, collectively sat at the top of the World Trophy team results, 52.37 seconds ahead of Spain, with the USA close behind in third.

Right from the off, the three nations all delivered impressive collective performances, with Italy unquestionably helped by the strong showings of Verona and Cavallo. Fast from the off, Verona held a slender outright individual lead with just one special test to go, falling twice on the final test and allowing Spain’s KTM rider Josep Garcia to go on and top the individual results with relative ease. In doing so Garcia helped Spain secure a strong second.

While Italy hold the provisional World Trophy team lead at the end of day one, their advantage is anything but substantial. Less than one minute behind Italy, Spain’s Jaume Betriu, KTM’s Josep Garcia, Husqvarna rider Marc Sans, and Beta’s Cristobal Guerrero all successfully completed the day, keeping up the pressure on their European rivals and managing to stay ahead of the USA.

Sitting strong in third, the USA, led by former outright ISDE winner KTM rider Taylor Robert, completed the day with incredibly similar overall special test times from each of their four riders. Despite Robert crashing on the opening test, the team looks set to battle with Spain and Italy throughout the event.

“I felt really good in the first test, but went down pretty hard and busted up my elbow a little,” explained Robert after the race. “It took a little while to get my rhythm back again. Josep and Andrea were on fire, but I had a decent day, and importantly so did the USA Trophy team. The enduro test wasn’t easy on a 450, but the tests were great. We’re in for a good week of racing.”

Behind the top three, France rounded out the opening day in fourth, a little under thirty seconds behind the USA. With Sweden fifth, helped by an impressive ride by Mikael Persson, Canada, Portugal, Brazil, the Czech Republic and Finland rounded out the top ten.