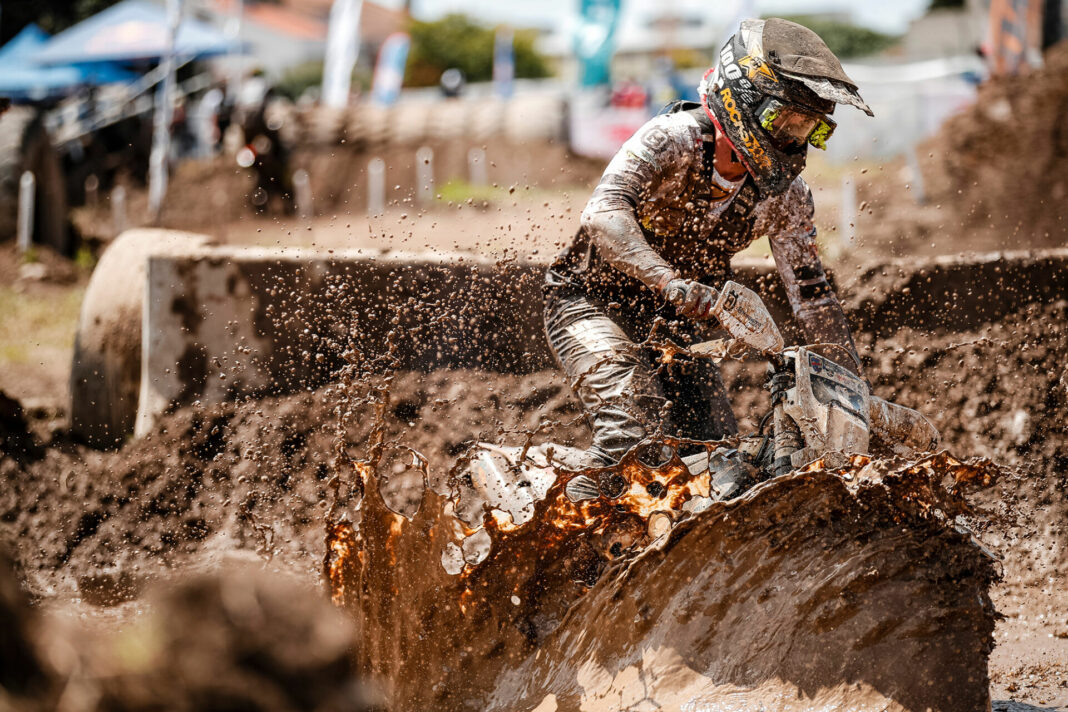 Britain’s Billy Bolt won in the mud on Sunday at Extreme XL Lagares with Red Bull KTM’s Manuel Lettenbichler and Graham Jarvis also impressing at round one of the 2021 FIM Hard Enduro World Championship.

In a shortened schedule due to last-minute COVID-19 restrictions, Rockstar Energy Husqvarna Factory Racing’s Bolt picked up where he left off following Saturday’s qualifying to win Sunday’s Endurocross with Lettenbichler second and Bolt’s teammate Jarvis third.

Following heavy overnight rain, it was mutually agreed by the event organiser and the FIM that 2021 championship points would not be awarded at this first round but that racing would continue.

Fast out of the gate in race one, Bolt charged his way to victory which he convincingly backed up in race two with another winning ride before an early crash in race three eventually saw him finish second.

“After two good wins, the overall victory nearly got away from me in the final race. My gloves were muddy and it was hard to hang on and go fast, but I knew I had time to chip away and – once I got into second – I took it home for the overall win. We didn’t get to race in the mountains, but everyone made the best of the situation,” said Bolt.

Behind Bolt, the battle for the remainder of the podium places was tight as German Lettenbichler came second in race two and triumphed in race three to finish as overall runner-up to Bolt.

Lettenbichler, 23, said: “It was sweet to win that final race. I had a good start and managed to hold off Billy at the end. I didn’t know I got second overall until we finished, so I’m super stoked.”

Despite an uneasy qualification on Saturday, Jarvis produced one of the surprise performances on the day and proved himself a model of consistency – a trio of fourth place results earning him third overall.

Jarvis, 46, concluded: “After the news late on Thursday evening that the original event format wouldn’t go ahead, I think everyone – especially the event organisers – made the best of a difficult situation. The mountains are more my style so, to be honest, I’ve surprised myself with third overall.”