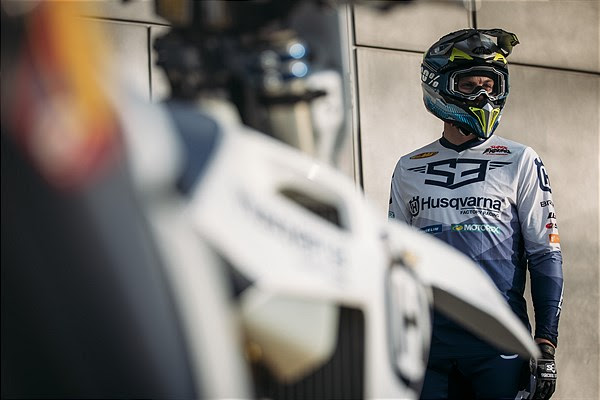 Husqvarna Factory Racing’s Billy Bolt is fit and raring to get back to FIM SuperEnduro World Championship action, with round two of the 2022 series getting underway this Saturday, February 5, in Budapest, Hungary.

Bolt currently holds the championship points lead following his dominant performance at round one in Poland back in December.

Unstoppable in Lodz at the SuperEnduro opener, Billy comfortably went fastest in SuperPole, before going on to win all three Prestige class races to the delight of the enthusiastic fans. Now, carrying a healthy 15-point lead into Hungary, the FE 350 rider will be looking to increase that advantage with another display of indoor enduro mastery at the famous Papp Laszlo Sportarena in Budapest.

The win at the opening round of SuperEnduro capped off an incredible 2021 for Bolt where he also won the inaugural FIM Hard Enduro World Championship. A hard-fought championship victory, which went right down to the wire with the top two protagonists finishing the season on identical points, it was Billy’s grit and determination that ultimately secured him the title.

Including this weekend’s Hungarian event, four rounds of the 2022 FIM SuperEnduro World Championship remain, with Israel rescheduled to March 3 followed by back-to-back races in Germany on March 19 & 20. There are still plenty of points left to be won, but with Bolt on form and keen to take the lion’s share, things are looking good for the reigning world champion.

One rider hoping to take the challenge to Billy this weekend in Hungary is Rockstar Energy Husqvarna Factory Racing’s Colton Haaker. The three-time SuperEnduro World Champion placed a close third to his British teammate at round one of the 2022 series, and also finished third last time he raced in Budapest back in 2019. But the American will be aiming to take to the top step of the podium this Saturday to claw back some points on the number 57 and truly take the championship fight onto Israel in March.

“I’m really looking forward to getting going this weekend, and I’m very excited to be back on SuperEnduro and racing in the stadiums.’ Said Bolt. “We raced in Budapest two years ago and I really enjoyed the track and the stadium and the atmosphere there was excellent with a really good crowd.”

“I won there last time out, so hopefully I can repeat that this year and make it two overall wins from two rounds this season. In general I’ve been trying to stay fit and focused over the winter and just keeping the ball rolling from where we left off last year. Obviously, it was a pretty successful season for me, and the aim is to try and keep that momentum into 2022. So far it all looks to be going that way, so I’m happy. I’m happy with how I’m feeling and happy with the bike – it might be wearing new colours for this year, but it’s performing just as well, and I can’t wait to get it out on the track in Hungary.”

Bolt prepared for opening Hard Enduro round in Israel