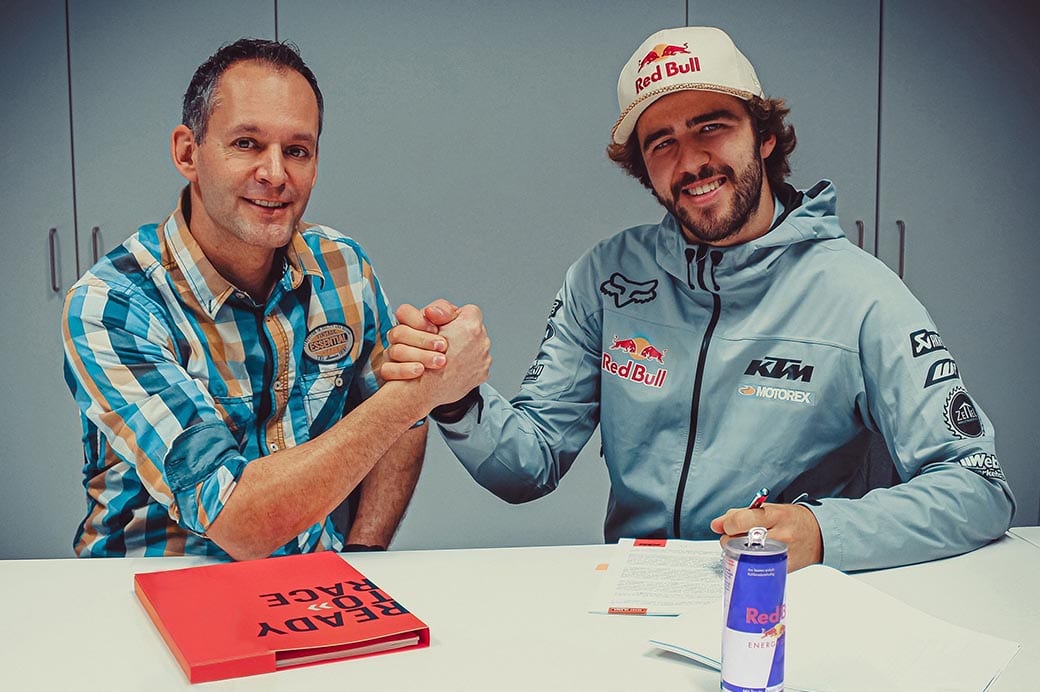 Manuel Lettenbichler has recently completed his most successful season to date, with the young German clinching the 2019 WESS Enduro World Championship title following a winning ride at the final round of the series, the GetzenRodeo.

Throughout 2019 Lettenbichler established himself as one of the world’s leading enduro competitors. With victories at Red Bull Romaniacs and GetzenRodeo, plus podium results at Extreme XL Lagares, Erzbergrodeo Red Bull Hare Scramble and the Hawkstone Park Cross-Country, he achieved a total of seven top-five results from eight championship starts, on route to securing his debut WESS world title.

Mani first switched to extreme enduro in 2014 aged just 16 after securing his fifth German Youth Trials Championship. Quick to show promise, he became the youngest-ever finisher at the Erzbergrodeo, Red Bull Sea to Sky and GetzenRodeo, all during his debut season. In 2016 he convincingly won the FIM SuperEnduro Junior World Championship with 15 race wins from 18 starts.

A debut international enduro podium result at the inaugural round of the World Enduro Super Series in 2018 was followed up by two further podium results at Erzbergrodeo and Red Bull Romaniacs. These performances established the then KTM privateer as one of the championship’s leading contenders.

Mani’s approachable and friendly attitude has meant he’s quickly become a firm favourite with enduro fans around the world and is now one of the most exciting, entertaining and professional enduro prospects.

Manuel Lettenbichler: “I’m really excited to join Red Bull KTM Factory Racing for 2020 and beyond. I’ve ridden KTM motorcycles since I started in enduro but joining the factory team really feels like the next chapter of my career is really beginning now.

“They are a team I’ve looked up to for a long time. We’ve worked closely together during the last two years, so I know how professional they are and I’m excited to make this an even closer relationship. I’m looking forward to the season ahead and know that racing to defend my title will be a lot of fun. I can’t wait to get started.”

Fabio Farioli – KTM Enduro Team Manager: “We’re really looking forward to working with Mani in 2020 and beyond. What he’s achieved to date in his young racing career is outstanding. Through hard work and unrelenting determination, he’s rapidly risen to the top of enduro.

“Delivering race wins and podium results in all disciplines of the sport shows his strengths as a complete rider. Together with his enthusiasm and professional approach I’m sure we will go on to achieve many more great moments together.”