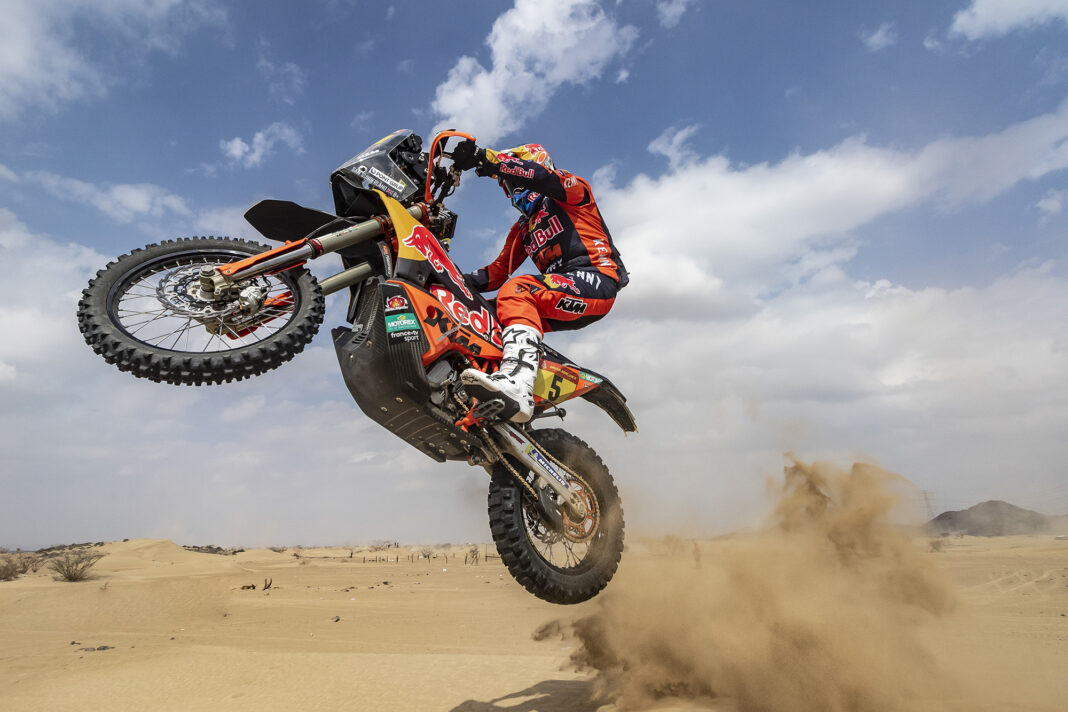 Britain’s Sam Sunderland had a tough second day at Dakar 2021 but managed to finish as overall lead works KTM rider albeit down in 12th place.

Sunderland put in a great performance through the early part of the special, across the sand dunes that suit his riding style.

Defending a top-10 position through to the last quarter of the stage, the Brit, like many others, made a small mistake that ended up costing him some time.

Despite the set-back, Sunderland was able to get back on track to ultimately cross the finish line in a provisional 17th position, 23 minutes down on the eventual stage winner Joan Barreda.

“Well, they have really thrown us in at the deep end with these first two stages, but this is the Dakar – it should be tough,” said Sunderland.

“If yesterday was tricky because of the navigation, today was hard for slightly different reasons. Overall, the stage was a lot faster, but at the beginning we crossed some really soft dunes, and it was easy to lose time there, especially up near the front.

“I’m happy with my riding and the position today is not too bad – I think as the race goes on we’re going to see these changes to the lead each day, depending on who opens the stage. Still there’s a long way to go, so I’ll push on again tomorrow.”