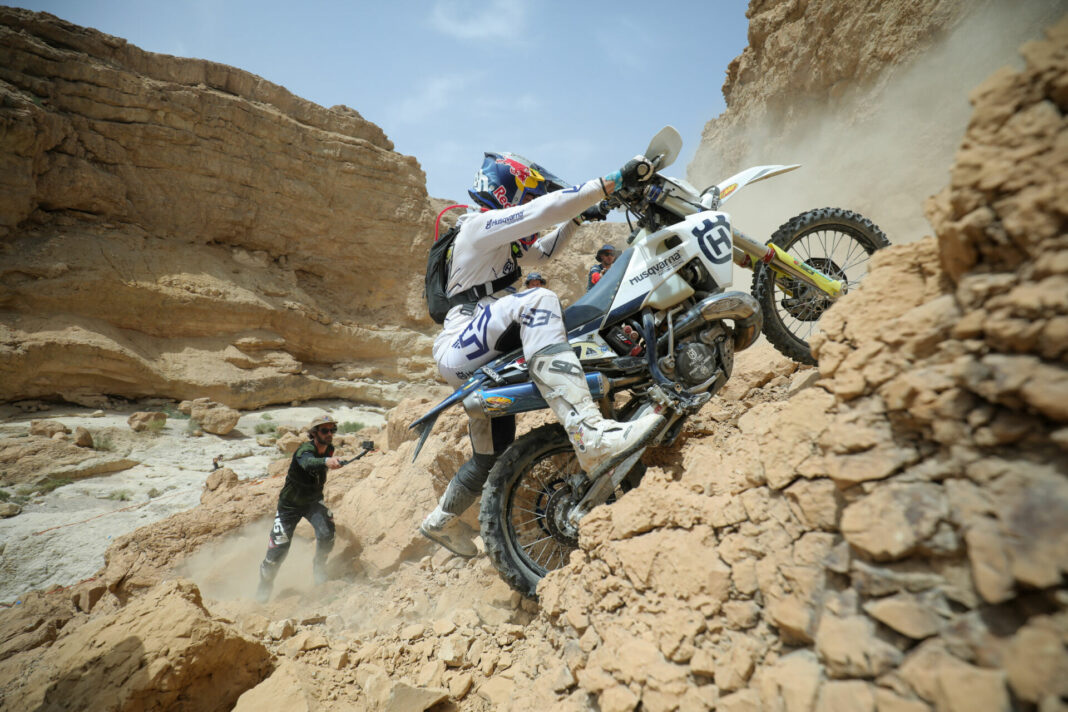 The opening round of the FIM Hard Enduro World Championship got underway in Israel, with Husqvarna Factory Racing’s Billy Bolt putting in a solid ride across the three days to claim second. Making it a Husqvarna 2-3, hard enduro legend Graham Jarvis returned from injury to take third.

Hot on the heels of his winning SuperEnduro World Championship campaign, Billy Bolt was back outdoors and on two-stroke machinery for the Hard Enduro World Championship series-opener in Israel. As the defending world champion, Bolt eager to make good his start to the season. Despite the lack of test time with his TE 300i and carrying a niggling wrist injury from superenduro duty, Bolt was eager to get racing underway.

Faced with extreme heat in the Dead Sea region – temperatures rose to almost 50 degrees each day – Bolt got down to business on the opening day of racing. Favouring the SuperEnduro format, Billy was simply in a class of his own as he raced to a confident win.

A change of terrain for day two saw competitors tackle an 18-kilometre-long time-trial style prologue. Fast, dry, dusty, and incredibly hot, Bolt best managed the conditions to secure a comfortable third, knowing well to save energy for the third and final punishing day of racing.

Pushing riders to their max, a 75-kilometre-long course would see the Minus 400 decided on day three. A strong start put Billy at the sharp end of the results as he battled with rivals Mario Roman and Wade Young. With the second half of the race increasing in difficulty, Bolt made his bid for the win, but wasn’t able to make it stick and had to be content with the runner-up result.

After eight months on the injury bench, hard enduro legend Graham Jarvis made his return to racing in Israel. Campaigning his Husqvarna Motorcycles supported Jarvis Racing Team TE 300i, Graham made his custom ‘steady start’ to the event. Knowing day three was the decider, Jarvis came on strong right when it counted. Navigating the final key sections, he jumped from fifth to an impressive third, showing he’s lost none of his determination, race craft, or hunger for podium success.

The FIM Hard Enduro World Championship continues with round two at the Xross Hard Enduro Rally in Serbia on May 18-21.