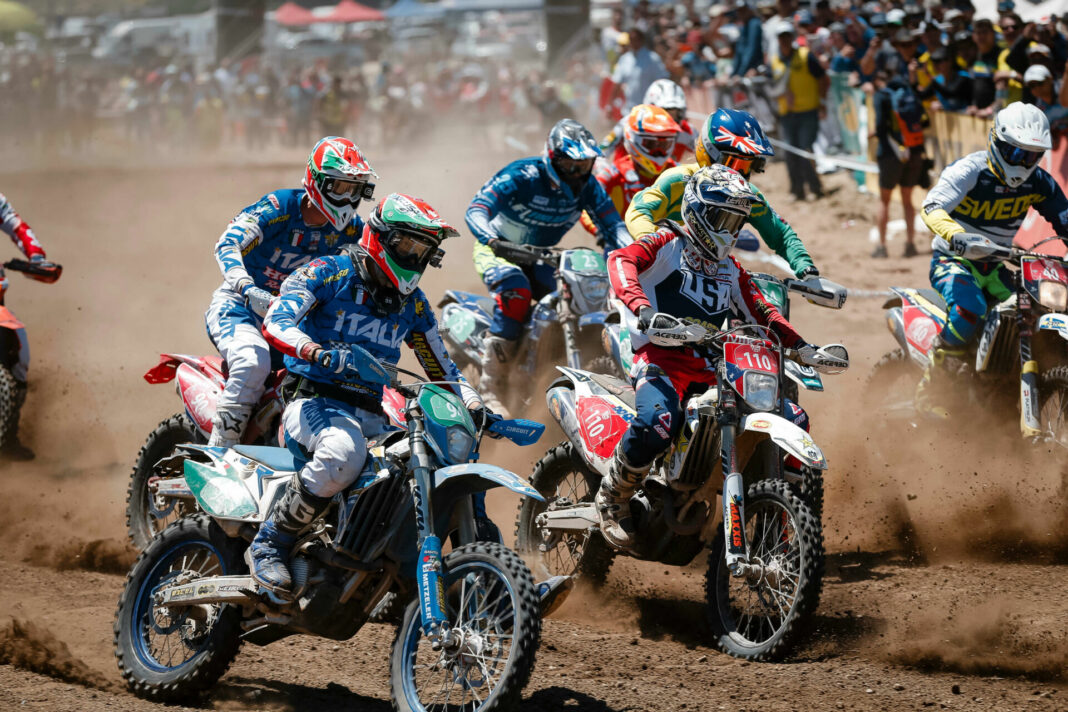 2022 FIM International Six Days of Enduro (ISDE) that will be held at Puy en Velay, France from Monday 29 August to Saturday 3 September, the Organising Committee and representatives from the FIM recently met with the elected representatives of the local authorities.

The latter of these, the City of Puy en Velay Tourist Office, is an important ISDE partner and will manage the accommodation booking service on behalf of the organising committee.

In front of the assembled local media, the elected officials confirmed and reinforced their support for the 96th edition of the ISDE, and the importance of the event to the region especially regarding the following key considerations:

• The visibility and credibility of hosting an international competition with 650 entrants, and over 3000 people involved from more than 30 different nations.

• The direct and positive local economic impact generated by the event, which is estimated to exceed €3.5 million, not including the financial impact of the visiting spectators.

• The sustainable element of the event, in particular its environmental compatibility that will see the organisation maintain and restore – post event –  where necessary over 600km of trails whilst ensuring the protection of sensitive areas nearby.

• The wider environmental initiatives that will be included as part of the event, and that will be communicated in more detail in due course.

It is an historic region for Enduro in France, convinced of the positive impact of the sporting competition and the extent of the event that is set to welcome all participants.

The FIM, the FFM and the Organising Committee would like to warmly thank the local authorities for their commitment and their support, without which it would simply not be impossible to organise the 96th edition of the ISDE in France, at Le Puy en Velay, a first for the hosting City and Agglomeration.