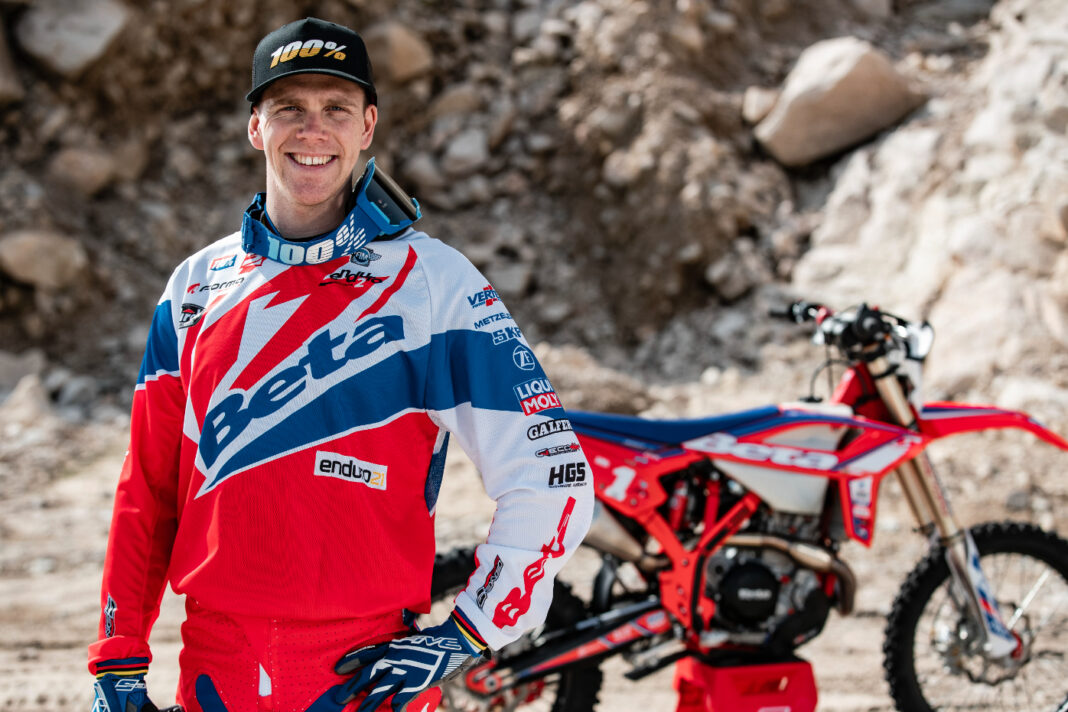 RHL Activities have confirmed Beta Factory Enduro rider Steve Holcombe will compete at the Weston Beach Race which takes place on the weekend of October 2nd and 3rd.

After racing in the World Enduro Championship this year after being crowned king in 2020 the Championship in 2021 just didn’t go quite right for Steve.

“There has been a lot of things that have gone wrong and I went through some illness at the beginning of the year and some small niggly injuries before the World Championship even started and this set me back but I came in relatively strong. My riding was okay the first few rounds, a cracked rib and injured ankle really set me back and it’s been a bit of a struggle.”

“I haven’t raced it as a professional and it’s always been one of those events that is not too far from home, my dad has raced it and a lot of friends have raced it, it’s quite a big event around the UK, it would be awesome to race it and win it at some point.”

“Given my speed for three-hour races I would hope this would do me some favours. I don’t think my specialities in enduro will help me so much around a beach but hopefully I can rider smart in the first few laps, where you can certainly lose a race.”

“The main goal would be to win it! It’s not uncommon for us to spend six or seven hours riding, hopefully I can put longer time in on the bike beforehand. There’s not much I can specifically do, obviously train and build up for the last few GPs it would be the odd couple of days a week putting in some longer motos.”