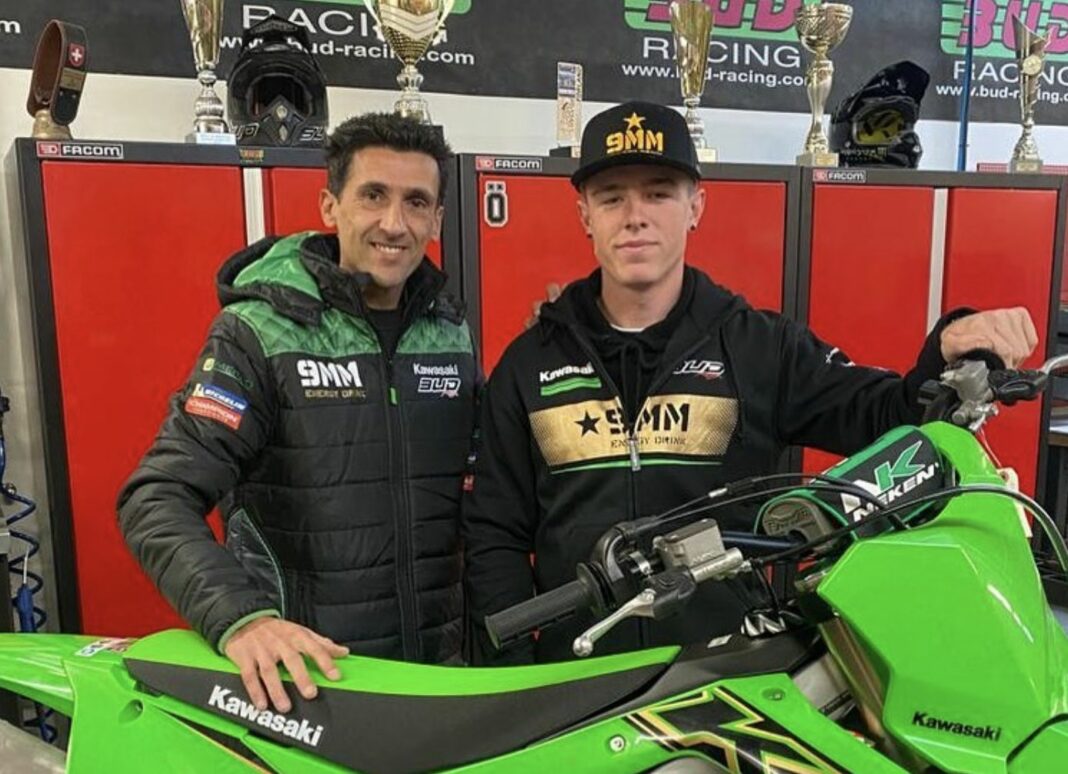 World youth Champion Eddie Jay Wade has made the move over to Kawasaki this season, after spending his racing career on KTM’s.

After releasing a statement via his social media, the young brit said the following below:

“It’s been a tough decision to make, after riding a KTM throughout my whole bike career but I have decided to go green with the Bud Kawasaki Racing Team.” Said Jay Wade.

“I want give a big thank you to KTM for there support the last few years. The last couple of years I have had a couple of injuries that have took me out of the championships. I have proven my speed in the races that i have been 100% in and Bud Kawasaki have seen that.”

“The training and hard work starts for next year and the goals will stay the same aiming for the European championship.”