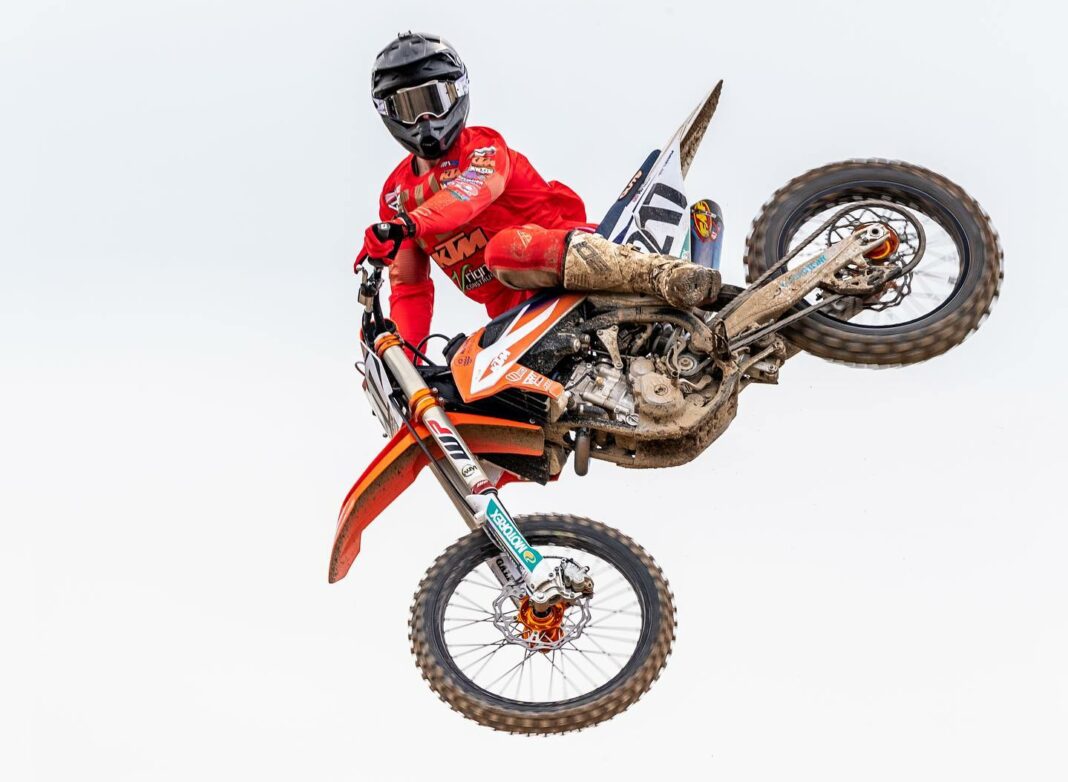 British youngster Eddie Jay Wade will have a three-month recovery period after a horror crash in Spain left him in a pharmacological coma with multiple fractures.

The VRT KTM has undergone extensive treatment and therapy to focus on his recovery, but unfortunately being back on board a bike and spinning some laps is still a way away for the Spanish resident.

DBR caught up with Eddie to discuss his progress so far:

“It’s been about a month ago now, after I had the bad crash on the second corner in Spain,” he explained EJW.

“I picked up some nasty injuries such as three broken vertebrae, a dislocated shoulder, a broken rib, a punctured lung, I was knocked out and was fitting for over thirty minutes so I had to be put in an induced coma for thirty six hours.

“I feel really good to say it is just a month, I’m still not perfect on the memory side but it’s getting better every day. Some good news when I came back to England, doctors have said I broke my back couple years ago not four weeks ago

“Recovery time will be about three months cause of the head injury, cause of that I have decided to get my shoulder repaired which is the same recovery time.

“I haven’t been up to much due to the head injury. I’ve been quite tired the last month and only just started going out, now that I have some down time I’m making the most of what can eat. After the operation I’m going to be back in the gym getting back to 100 per cent and aim to make the last few EMX races.”