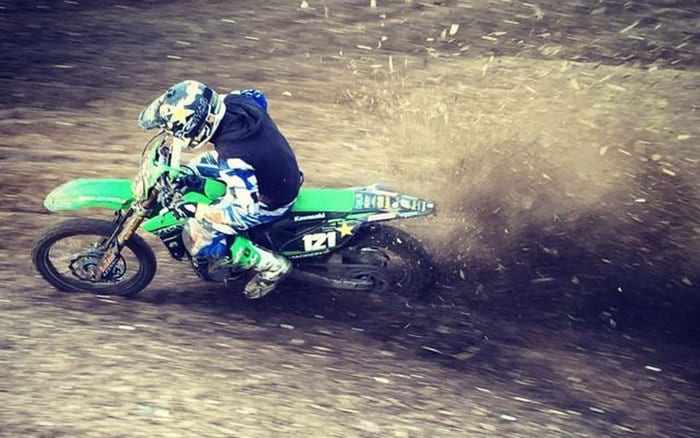 Duns Motocross has announced that from January 1, 2015 the track facility will be under new management. And regular readers of Dirt Bike Rider will be very familiar with the new director…

And in 2015 Brymac will be at the helm of Duns Motocross track. “I’m genuinely really excited to have this opportunity to take the reigns of such an awesome motocross facility in Scotland,” says Bryan Mackenzie.

“I’ve been riding at Duns for as far back as I can remember, some 20 plus years, and It’s fair to say that I consider it as being a huge part in my progress as a rider when I was a kid. When the track underwent the re-vamp a fair few years ago it took a huge leap forward and propelled itself into one of the best race tracks in the UK too, so to have it on our doorstep we are truly lucky but unfortunately for us the last few years Dave and the MacVie family have been too busy to supply us with the venue as often as us riders would have liked.

“So, I’m truly pumped to say that I hope to bring Duns back into circulation as a practice track to give the opportunity to use such an amazing track to help the development of some new talents coming through the sport as well as provide somewhere safe and kick-ass for everyone to enjoy whether practicing or racing. I can’t wait to get started and as soon as the first day or two we get a break with the weather I hope to be able to have the track open and see you guys down there.

Duns said on their Facebook page: “So, we’re now passing the baton over to Brymac and wish him luck and success.”