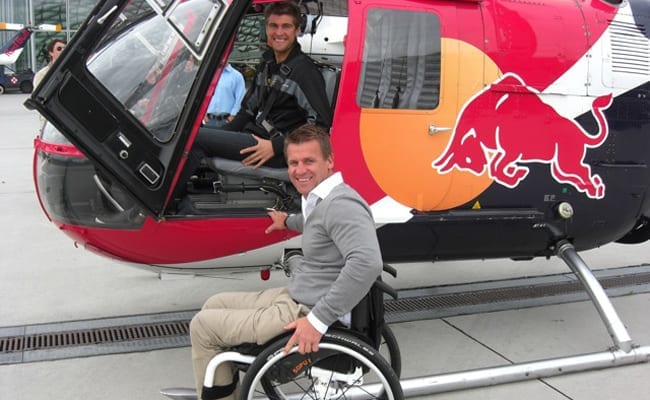 We’ve all know about it for ages – yada, yada – but here’ official confirmation from KTM that Ryan Dungey’s signed for two years with KTM…

KTM Motorsports is pleased to announce the addition of Supercross/Motocross racer Ryan Dungey to the Red Bull KTM Factory Race Team for the 2012 and 2013 AMA Pro Supercross and Motocross Championship Series, a move that underlines KTM’s determination to be a major player in leading US competition in both SX and MX disciplines.

In recent seasons, KTM has made a major investment in resources and effort to be a dominant force in the MX World Championships and has been rewarded with a string of titles, including the prestigious MX1 and MX2 world titles in both 2010 and 2011. The signing of a rider of the calibre of Ryan Dungey to compete on a KTM MX machine ‘made in Austria’ underlines the importance KTM places on the elite US competitions and the company’s determination to achieve similar rates of success in the USA.

The well-decorated rider’s first official race with the Red Bull KTM Factory Team will be the opening round of the AMA Pro Supercross Championship Series at Angel Stadium on January 7, 2012 where he will race aboard the KTM 450 SX-F in the premier Supercross class.

KTM first expressed its desire to strengthen its motocross efforts in the USA in 2010 when it released the new generation SX model line of motorcycles and hired the legendary motocross management personality Roger De Coster to run the US factory team. KTM’s determination to push ahead in the segment has been underlined by the signing of 250cc riders Ken Roczen and Marvin Musquin. With Dungey and the two talented and already crowned MX2 World Champions Roczen and Musquin riding the latest generation of 2012 offroad bikes ‘made in Austria’ KTM is ‘Ready to Race’ with top bikes and top riders in the major US SX and MX competitions.

“I am really happy to have Ryan Dungey join our team. He and I have worked together for several years so we know each other well. Our past should help us get the best out of each other and put us in position to be legit championship contenders in the big bike class,” commented Red Bull KTM Team Manager Roger De Coster. “Everyone at the factory and here on the U.S. side is very excited to start working with Ryan and see where the future will take us.”

At only 21 years of age, the Minnesota native has already accomplished every goal he has set for himself. In 2009 he won the AMA Supercross Lites Western Regional Title and followed that up with the AMA Pro Motocross Championship 250cc class crown. That same year he competed in the 2009 Motocross des Nations where he was one of three members aboard the winning U.S. Team. In 2010, he became the first rider in history to win both the AMA Supercross and AMA Pro Motocross Championship in his rookie year. He again went on to lead the 2010 Motocross des Nations team to victory on U.S soil in Lakewood, CO. Most recently, in mid-September, he added one more win to his belt as he and the US team captured yet another Motocross des Nations victory in France.

KTM has signed Ryan Dungey to a two-year contract. Ryan expressed his excitement about switching to KTM and working under the guidance of Roger De Coster, saying: “I’m looking forward to riding for the new Red Bull KTM team and working again with Roger. I am excited to start something new and am ready for the challenge. I like the way that KTM has backed Roger since he made the switch last year and I appreciate KTM’s goal of working hard to develop their race team to earn championships. I am making this switch to win races and work toward getting that championship for KTM.”

KTM Sportmotorcycle AG’s Head of Motorsports, Pit Beirer, added a personal note, stating, “I am extremely proud that we have brought a great rider to the KTM team. Three years ago we started to rebuild our Supercross and Motocross efforts based on a dream to bring KTM to the top of the sport. A small number of people trusted in my idea and stayed with me. Soon after Roger [De Coster], Ian [Harrison] and the entire U.S. Red Bull KTM Team came onboard and began helping us get closer to our goal. We now have Ken Roczen and Marvin Musquin, two MX2 World Champions, on our team and with Ryan coming to our side the dream team is a reality and we are truly ready to race.”