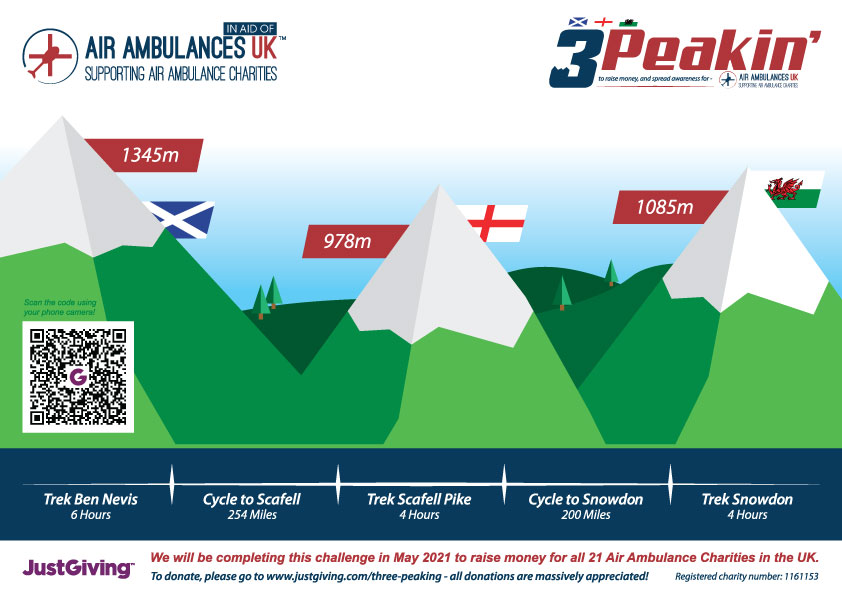 Six months ago Jack Drogan had a huge crash at the MX Nationals championship at Hawkstone Park in Shrewsbury which left him fighting for his life, but he is now gearing up to raise some money for the air ambulance service.

The 30 year old co owner of Merge Decals was competing at the salop track when he suffering a crash over the table top which caused him to get landed on, which meant him puncturing his lung on the bars and almost splitting his liver in half completely, and having to be issued 10 pints of blood trackside.

Thankfully Drogan, who works part time as a firefighter, has made a brilliant recovery and is now looking to take on the 3 peaks challenge this weekend for charity, starting with Ben Nevis, Scafell Pike and Mount Snowdon totalling a massive 3,500 metres that Jack is counting on pedal power to get him there.

“Were going to drive up to Scotland, climb Ben Nevis first, then cycle to cumbria then cycle again to Snowdon,” said Jack. “Its about 500 miles so hopefully we will be completing it in five days.”

“I wanted to raise five grand as the target but I want to get as much as physically possible, Hopefully it will go alright and there is a few of us doing it so as horrid as it may be we should have a good laugh.”

All money raised will be split between all 21 air ambulance services in the UK, if you would like to donate click the link HERE.