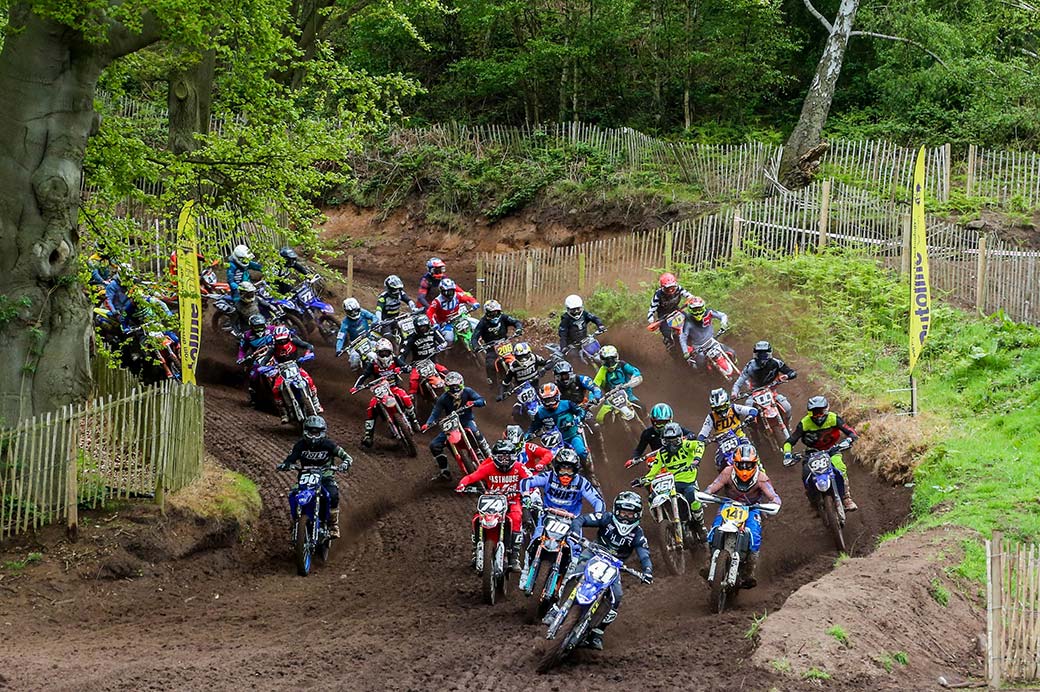 The third round of the Acerbis Amateur Nationals kicks off this weekend, high on the West Cumbrian fells at Dean Moor MX Park near Workington.

The series continues to grow every year and there will be full gates across the board with eight classes each getting five blocks of racing over the weekend.

In the Paradise MX-backed MX1 class it’s defending champion Ed Briscoe who leads by six points ahead of former Maxxis front-runner Lewis Trickett with Andy Wilson in third a further 28 points behind.

Following a DNF at the opening round at FatCat, defending Craigs Motorcycles MX2 champion Scott Hamilton found himself on the back foot but the Irishman struck back with five wins at Hawkstone Park and he now leads Jordan Martin by 19 points with Sammy Beresford currently holding down third.

There’s been some great racing so far this season in the MX Dreams 250cc Two-stroke class where Denny Rapson is setting the pace, 12 points clear of former MX1 champion James Lassu. Brad Wheeler is third but he’s already 73 points behind the leader and will need to pick up the pace if he’s going to remain in contention.

With a perfect 10 wins from 10 starts he’s going to be a tough man to beat but Aiden Carney, Richard Evans and Ollie Rutter will all be pushing for at least one race win.

In the Matthew Rudd Photography-backed Ladies class Charlotte Hall leads Cath King by 32 points with Nadiya Jones a further two behind but with 40 points up for grabs for a race win this could quickly change.