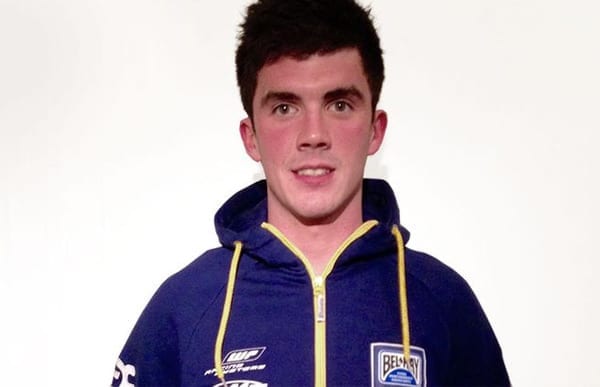 Following on from a very successful 2014 season the team will be lead by Enduro 2 World Champion Pela Renet, who will be joined by Mathias Bellino, Jamie McCanney and new addition Danny McCanney – the 2014 Enduro Junior World Champion. Continuing to represent Husqvarna in extreme enduro events will be both Graham Jarvis and Alfredo Gomez.

Getting the new season off to an early start the Bel-Ray Husqvarna Factory Racing duo of Alfredo Gomez and Danny McCanney will fly the flag for Husqvarna at the opening round of the SuperEnduro series in Gdansk, Poland on Saturday December 6.

As the reigning E2 world champion, Frenchman Pela Renet will look to defend his title in 2015. After a standout season in which he claimed eight victories and a 100 per cent podium record while also securing the outright victory in the International Six Days Enduro, Renet will very much be the rider to beat on his FE 450. Pela’s season will start with participation in the famous Enduropale du Touquet.

New to the team for 2015, Manxman Danny McCanney moves into the senior ranks of the World Enduro Championship and into the Enduro 1 category for the coming season. One of the EWC’s most promising talents, Danny will aim to battle it out for regular podium results on his FE 250. Making his debut ride for Husqvarna, Danny McCanney will arrive in Gdansk this weekend looking to impress.

Frenchman Mathias Bellino returns to competitive action in 2015 as Husqvarna’s official Enduro 3 class rider, determined to fight for victory in the EWC’s biggest capacity category. A race winner at this season’s GP of Sweden, Bellino has his sights set on success.

2013 Enduro Youth World Champion Jamie McCanney has the clear goal to adding the Enduro Junior World Championship to his résumé. Twice a visitor to the EJ podium in 2014, the younger of the two McCanney brothers will start as one of the favourites for success on his FE 350.

In extreme enduro events both Graham Jarvis and Alfredo Gomez will continue to represent Husqvarna. With the duo claiming victory in three major events in 2014, both will look to fight for the top step of the podium once again in 2015.

Robert Jonas, Head of Husqvarna Motorsport commented: “The Bel-Ray Husqvarna Factory Racing team has very high hopes of success in 2015. This year marked an incredible return to enduro for Husqvarna Motorcycles. Through the fantastic efforts of our riders and team staff we were able to win the Enduro 2 World Championship in our first year while also securing the top step of the podium in three of the six major extreme enduro races. As a brand, our goal for 2015 is to keep building on that level of success and further establish Husqvarna as a major player in enduro. Once again by focusing our efforts on the Enduro World Championship, the SuperEnduro World Championship and all of the important extreme enduro races, Bel-Ray Husqvarna Factory Racing will strive for success at the very highest level.”