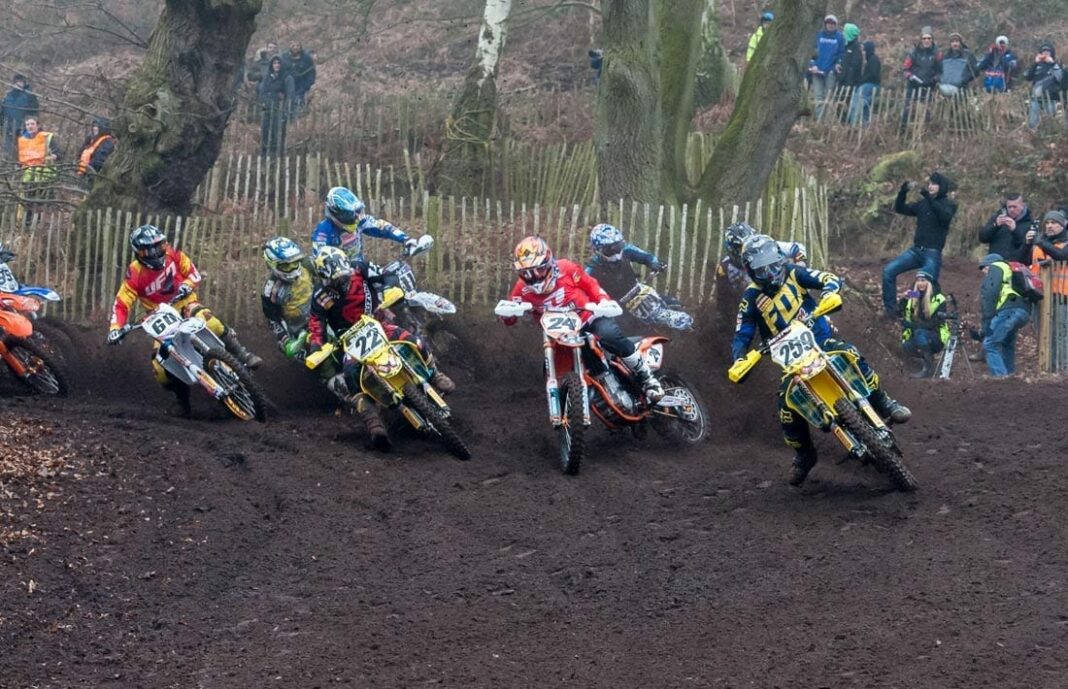 HIMX are now in a position to release the date of February 7 for the 2016 Hawkstone International. The organisers have released the date early again in an attempt to avoid clashing with the other major Internationals and also before the usual early start of the MXGP season.

In 2015 HIMX had to run the early date of the February 8 and this worked perfectly, the weather was extremely kind to them and the crowd was exceptional.

It is hoped several GP stars will attend the event with names being announced over the coming months – we’ll keep you updated here on Dirt Bike Rider.

Entries will open soon for the MX1 and MX2 classes and next year the support class will be the MXY2.

“We wanted to ensure that we avoided any clashes with the major events in Europe and we hope once again to attract a quality field of riders as we have in the past” said Event Secretary, Gary Ford. “The GP season starts early again next year so it is important to get Hawkstone run before they leave for Qatar. We welcome having the MXY2 class as the support class and it will be great for the younger riders to race in the same event as some of the top GP riders.

“Once again we are really excited about the event and hope it will be a success like in previous years.”

The Hawkstone International is one of the UK’s best attended motocross events and is widely considered as the unofficial opening of the British motocross season.

The event now has a set date for 2016, Sunday February 7 at the illustrious Hawkstone Park Motocross track near Shrewsbury – put SY4 4NA in your sat nav.

The event regularly welcomes thousands of spectators on the day with free parking and action packed racing from 9.00am – spectators can enjoy a great family day out. The racing concludes around 4.30pm, followed by the awards ceremony for the winners.

With some of the best riders in the world scheduled to attend it is once again going to be the best way to kick off the Motocross season in the UK.

HIMX are currently looking for sponsors – from a title sponsor down to smaller sponsors. Sponsorship packages start from as little as £20. If you’re interested in getting involved in the event please contact carly.rathmell@btinternet.com for a sponsorship package.