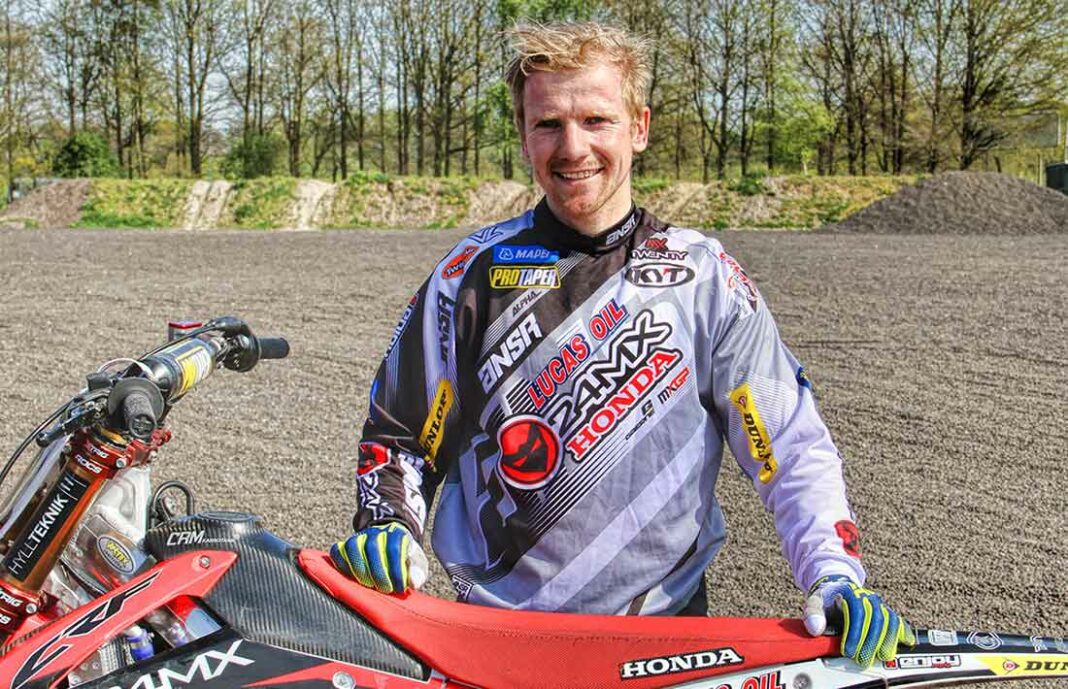 Ceriel Klein Kromhof has been signed up as a stand-in rider for 24MX Lucas Oil Honda, starting this weekend at the MXGP of Latvia.

Kromhof, or CKK has a decent amount of international experience to call upon as a former EMX250 and EMX of Nations winner. The 25-year-old Dutchman has two MX1 runner-up titles in his domestic series and in 2015 he made the podium at the Mantova Starcross.

CKK, who has been focusing on the Dutch Masters riding for Mulders Motoren and Honda Benelux, said: “I didn’t do so many big races yet this season so I have no particular expectations. For the moment I have a good feeling, I’m fit and I enjoy myself when I’m riding.

“The first experience on the 24MX Lucas Oil Honda was really nice so that’s definitely encouraging. I’m really looking forward to doing these GPs. For me it’s also cool to get going in Kegums because that’s a track I like and one that I know. If I had to start for example in Qatar and Thailand it would have been a lot more intimidating!”

CKK is the second fill-in rider for the Belgium-based team, having called up Steven Lenoir at the end of March for Valkenswaard.

In a freak coincidence, 24MX Lucas Oil Honda lost both riders just one week ahead of the MXGP season opener in Qatar.

Karro should be coming to the end of month-long intensive physio and big Ken, who’s recovering from a femur fracture has started cycling again and hopes to be back on his CRF in the next four to five weeks.