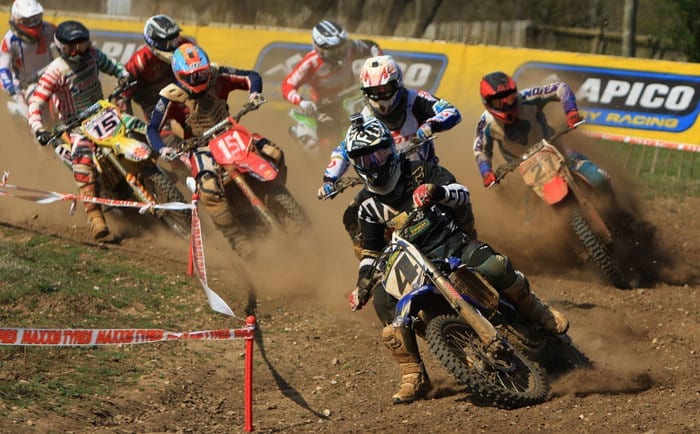 The Woodbridge and DMCC are hard at work preparing for a long but exciting motocross season ahead of them with a number of high profile meetings taking place at their Blaxhall track.

During the 2014 season the Woodbridge and DMCC will be hosting four motocross events as well as being the venue for the ACU BYMX Team Event at the end of the season. This year will see the club running a number of additional classes alongside some of their meetings, including a 85cc class and a Pre 70 class.

Their first meeting of the year will take place on March 30 and will feature line-ups of Experts and Junior graded riders, along with the opening round of the NGR Championship. Entries for this event are already open and filling up, so any riders wishing to enter should contact the club as soon as possible.

On the June 8 the club will be hosting the fifth round of the Eastern Centre Motocross Championship for both Expert and Junior classes. With former British Champion Carl Nunn set to defend his crown against the like Brad Tomlin, Shaun Southgate, Aaron Pipon and Luke Benstead, the racing in the Expert class is sure to be first class.

New for 2014 will be a combined 85cc class that will run alongside the clubs third meeting of the year. This meeting will take place at Blaxhall on July 13 and allow youth riders the chance to race at the same event as some of the Eastern Centres best Expert and Juniors.

The final club meeting of the year will be on August 31 when the NGR Championship will be returning to Blaxhall. Completing the line-up of classes will be Expert and Junior riders along with a class for Pre 70 Classic machines, these bikes and riders will also be taking part in a Parade of Past Masters where it is hoped that a number of former National stars will be able to attend and take part.

To round off the 2014 motocross season the Blaxhall venue will play host to the prestigious ACU BYMX Team Event where some of the best youth riders from around the country will come together to compete for the Team Event title. The ACU will be staging the event and the club are very happy to have such a high calibre event come to their venue and hopes to use the experience to run other high profile events in the near future.

For any more information about the events taking place at Blaxhall during the 2014 season please visit the clubs website www.woodbridgemcc.co.uk or by contact Debbie Blyth either by email at motocross@woodbrdigemcc.co.uk or on 07963 118917.