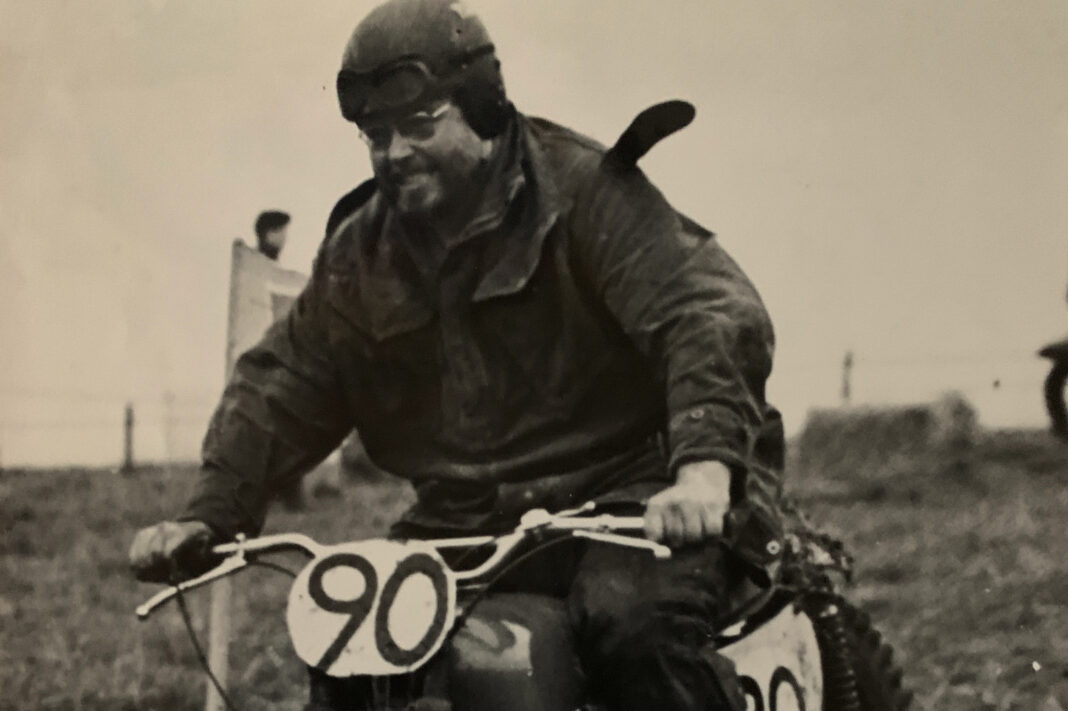 Bill Lawless, the launch editor of Trials and Motocross News, died on Christmas Day following a short illness. He was 84.

Born in Hyde, Manchester, Bill was hooked on motorbikes from an early age thanks to a sympathetic teacher who let him tear up the quad on his Cycle Master. Nothing more than a bicycle with a small engine bolted onto the back wheel, it was a tame introduction to an obsession that shaped his life.

Words, horsepower and family were his trifecta. He loved big British singles – he pretty much single-handedly kept Vincent and BSA afloat while at the same time feeding his children gruel – and John Steinbeck equally. He also loved his three kids, his three grandkids, his wife Sheila, his late wife Hazel who died in 1987 and his son’s wife Louise. None of whom were ever forced to eat gruel.

This is maybe a good time to point out that he was rubbish at off-road riding. Really, shockingly bad. Apart from off-road riding – at which he honestly did suck – Bill was a big bloke in every respect. Physically, mentally and emotionally. He fought as a heavyweight boxer for the British Army of the Rhine in the ’60s and was busted back to the rank of corporal for his non-ring-based bar shenanigans. The same man would, 20 years later, regularly return home with a rescued hedgehog wrapped up in his anorak in the car boot that ‘wasn’t aware of the Green Cross Code, kid’ prior to being released into the safety of our garden.

Forced to join the Swedish Merchant Navy after a failed attempt to drive to South Africa that ran out of money in Casablanca (this is a rocking-good obit), he was set ashore on the South Coast of England where he began to journalist his way up the coast.

He started TMX in 1977 and lived it until 1996. If anyone ever brought up the subject of his impact on what is now a multi-million-pound market he’d hit the ‘shy’ button.

He’s survived by his wife, Sheila, daughters Kary and Victoria, son Sean and grandchildren Julia, Hazel and Polly. He was my dad and I loved him.