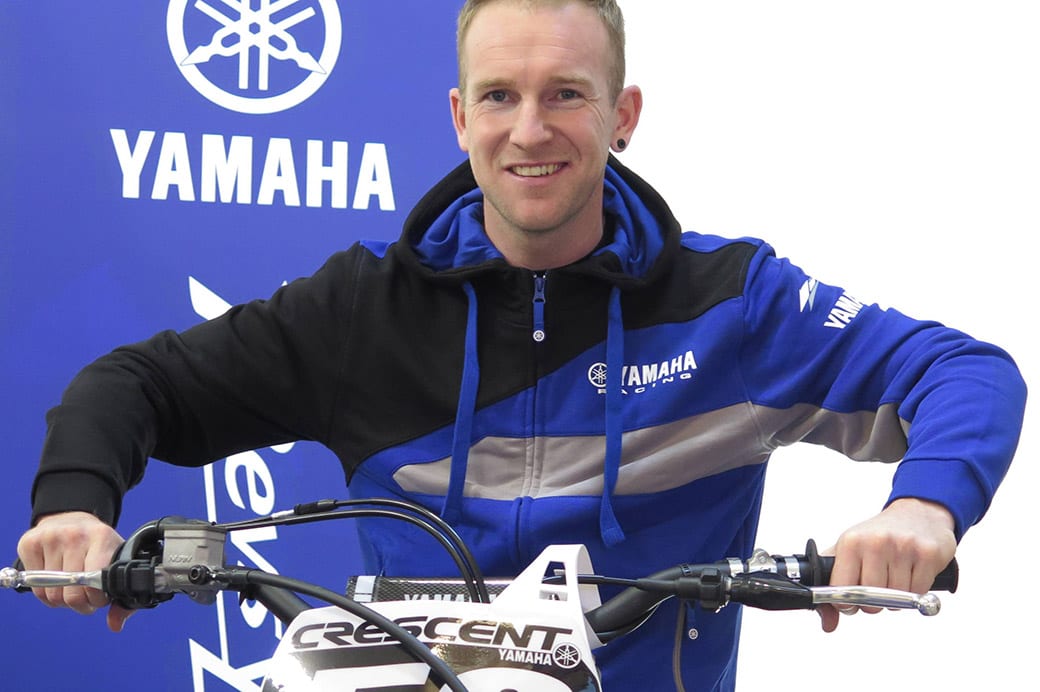 Northern Ireland’s Martin Barr is the latest high-profile Pro motocross racer to sign up for the 2019 Arenacross Tour.

A few weeks ago, the 31-year-old from Ballyclare was without a ride for next year and his motocross racing career looked a little bleak but, ever one to turn adversity into opportunity and face challenges head-on, the tenacious Irishman has now not only got the support of Crescent Yamaha to contest both British outdoor championships, but he’s secured an Arenacross ride too.

Barr last contested the Arenacross series in 2013, when the Brits ruled the Pro class. He finished fourth behind Adam Chatfield, Nev Bradshaw and Jack Brunell. At the time, Barr was without another ride and literally turned up with a bike and got stuck in. “I really enjoyed it, and always said I’d like to do the full series again. When the chance came up, via Paul Denning of Crescent Yamaha and Arenacross promoter Matt Bates, to take part in the 2019 Tour, I jumped at it.

“I know the series has moved on massively and the Pros, particularly the French, are at the top of their game. They’re on it week in, week out, but I’m a quick learner and I’ll never give up. I’ve been to a few Arenacross rounds over the years, keeping an eye on it all from the ringside, and I’ve been watching a few videos to familiarise myself with both format, and the other riders.”

Barr will be challenging for the Pro Lites title on the all-new YZ250f and will be lining up alongside, amongst others, the wily veteran of AX, SR75 Suzuki’s Cyrille Coulon. “Cyrille finished behind me in that first Arenacross in 2013 but obviously, he’s continued with the series and has gone from strength to strength. He’s always there or thereabouts but, everyone’s human and beatable and he can make mistakes, I’ve got to be in the frame to capitalise on anything. I think it’s fantastic that he’ll be in the Lites. It’s going to be the class to watch.”

The switch to Yamaha has clearly revitalised Barr’s racing career, with the Arenacross placement giving it another dimension. It’s something of a homecoming as the Irishman started his professional career with the manufacturer in 2005. “It’s brilliant to be back with the brand. I rode the YZ for the first time last weekend and was blown away by how good it is in standard trim. Yamaha has really stepped up its game. It’s a brilliant package and I reckon I’ll surprise a few of my fellow Arenacross competitors.”

As recently documented, the Arenacross format has been turned on his head for 2019. Twelve Pro 450 and 12 Pro Lites 250 racers will each race in two main events with the top six from each class going head-to-head in gladiatorial racing combat. The twist is that the six Pro Lites contenders will get first gate pick, leaving the Pros to carve their way through the short, sharp and technically challenging AX circuits. “It’s something I’m really looking forward to,” enthused Barr. “To have our own 250 races and then the final against the 450s is going to be mega. The gate pick will be an advantage and, whilst they’ll have the horsepower, we can control the inside. It will be all on the first couple of laps and the key will be to get away and stay clean. Some corners will suit the 450, however, I’m a firm believer that on its day the 250 could go out and win no problem.

“It’s not going to be easy as all the Arenacross guys are fantastic riders, and well prepared. I’ve already started a training plan – I had to move quickly and bring it forward though. As soon as the AX gate drops, it’s tight and twisty and you never get to rest, so I’m working on an intensity programme. I need to spend as much time preparing myself both on and off the bike as, the one thing I won’t do is be there just to make up the numbers.”

When questioned about getting out in front of the Belfast crowd, Barr concluded; “Performing in front of a home crowd is always amazing and the atmosphere in the arena is usually as tense as the racing itself. It’s such a great family night out and I know the support will be incredible. I will be fighting for podiums to give the spectators plenty to cheer about, and aim to prove that, even though I’ve been away from Arenacross for a few years, I will still be a real threat. I’m really looking forward to it and, dare I say, I’m quietly confident. I’ve still got the fire in my belly!”

ASL’s Matt Bates added; “Martin is without doubt one of the fastest riders to come out of Northern Ireland, and I’m hoping that the local audience get fully behind him when the series kicks off in Belfast. I’ve always been a big fan of Martin too – he’s a real fighter and an equally gifted rider that I have no doubt has the ability to shock more than a few of the AX regulars.”

The 2019 Arenacross Tour kicks off on Friday the 18th of January at The SSE Arena, Belfast. The opening double-header will also include a unique-to-Belfast All-Ireland Cup in which 12 of the best 450 and 250 riders from the Irish National championships will be selected to race in a series of heats and finals over both nights. At the end of the Saturday night, the first-ever All-Ireland Arenacross Pro champ will be crowned.