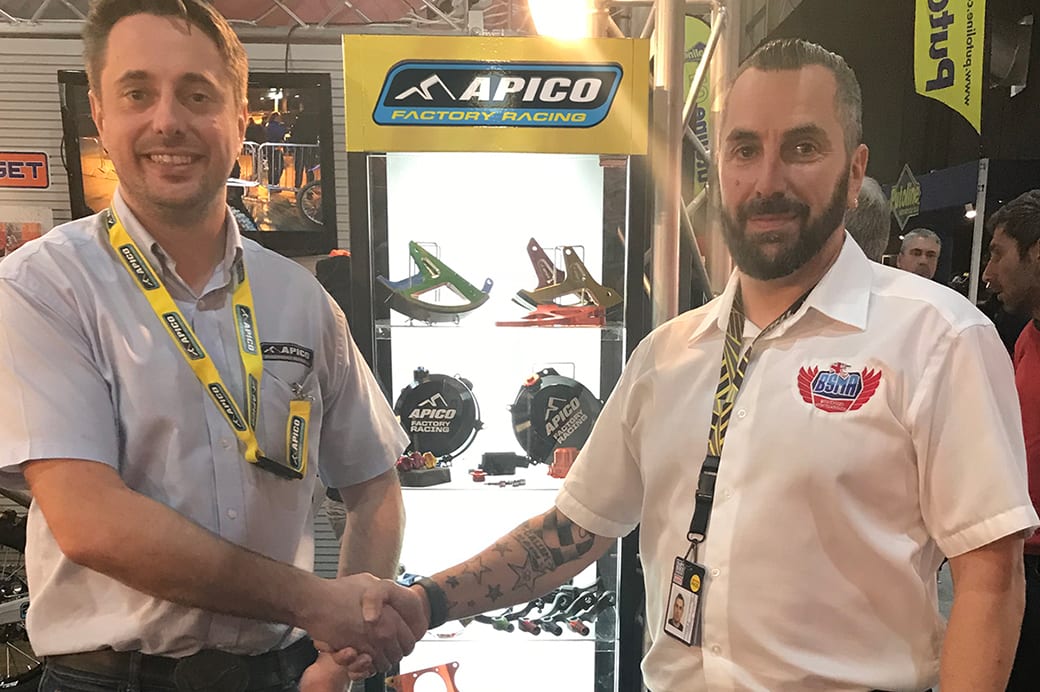 Apico Factory Racing has taken to a new direction in supporting the youth market by agreeing to a multi-year deal to title sponsor the British Schoolboy Motocross National Series.

The recent investment in riders and clubs by the BSMA has been noted by Apico, who feel it is important to support grassroots racing aside from their professional rider and team programme.

The race series was THE National Series back in the 1980s and 1990s and known to bring through a wealth of talent to the adult ranks and GPs including Jamie Dobb, Carl Nunn, Stephen Sword, Brad Anderson and Tommy Searle. The BSMA are now looking to return their National Series to the premier position in youth motocross with the help of Apico Factory Racing and focusing on media channels to raise the profile of the series.

The BSMA National Series that has been run by the current board for the last four years with Nancy Selwin, Don Church, Steve Beeken and Tim Truman at the helm. With one of the largest followings of the all the national race series in the UK, and some of the best tracks on the 2018 calendar, the BSMA National Series makes for one of the most exciting race series in the UK.

Scott Cannon: “The BSMA National Series is the only race series in the UK that is run by the governing body for the sport. The focus is on the riders and promoting the sport, in doing this recently all the BSMA National Series Class Winners picked up brand new KTM’s to compete on in 2018. This really impressed me, as they are giving back to the riders and the industry in a way no other federation or promoter does.

“Knowing that we can work together in 2018 to build our brands and gain synergies with the off-road media is an encouraging prospect and something that I believe can grow into a strong partnership over the coming years.”

Steve Beeken: “We’ve worked with Apico Factory Racing as a sponsor for the past year, and feel we offer them brilliant brand exposure at our events.

“With this new title sponsorship, we’re looking to go a step further, to reinvest back into the riders and the industry. As a non-profit organisation and one of the oldest off-road motorcycle organisations in the UK, now combined with Apico Factory Racing as one of the largest distributors, we have some great offers going into 2018 that will benefit our riders even more than in 2017.

“We look forward to the ongoing partnership we have created and together supporting off-road motorcycle sport.”