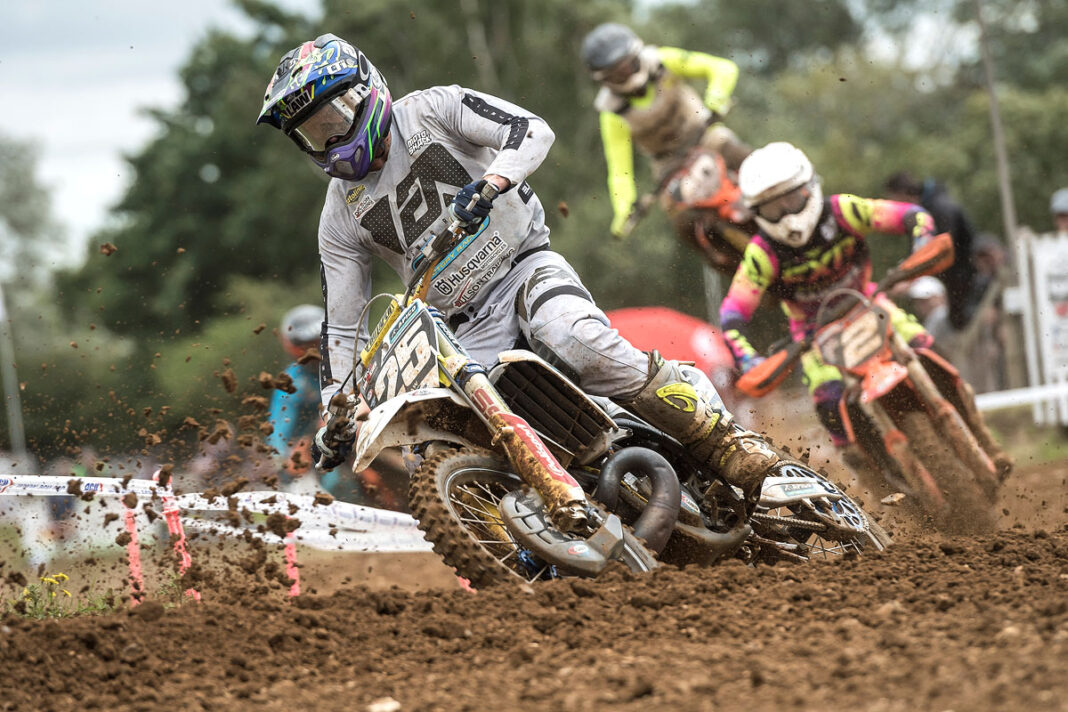 Two Stroke fans galore will be heading to the Ashford track of Sellindge this weekend, for the long awaited Apico 2Stroke Festival and Red Bull Pro Nationals.

The Apico 2 Stroke Festival was born in 2017 as a fun celebration of racing like it used to be, aimed at grass roots, two stroke riders and fans in a weekend of fun for all the family. UK mega distributor Apico was on board right from the moment it was announced.

The two-day 2021 event, hosted at the popular old-school Sellindge track in Kent on September fourth and fifth, will once again feature lots of racing for two-stroke riders of all ages, abilities and bikes including full ACU British two-stroke championship titles up for grabs in the 125, Open and Evo/Super Evo classes. This is the very essence of the racing at the Apico 2-Stroke Festival, with top riders alongside clubmen, amateurs and youths for two days of action.

Driven on by the massive success of the events, Red Bull got involved and supported the Apico 2 stroke Festival from 2018. Now the energy drink giant wants to go even bigger, giving full backing to a major UK MX race event for the first time in a decade.

While other races charge a significant amount of cash to spectators, the all new Apico 2 Stroke Festival with the Red Bull Pro Stroke National is totally FREE to come and watch this weekend, with two British two stroke titles up for grabs for modern and Evo bikes. And the Red Bull Pro Stroke National has attracted some of Britain’s top riders like Conrad Mewse, Adam Sterry, Stuart Edmonds, Dylan Walsh, James Dunn, Josh Gilbert, Jake Nicholls, Stephen Clarke, Florian Miot and lots more.