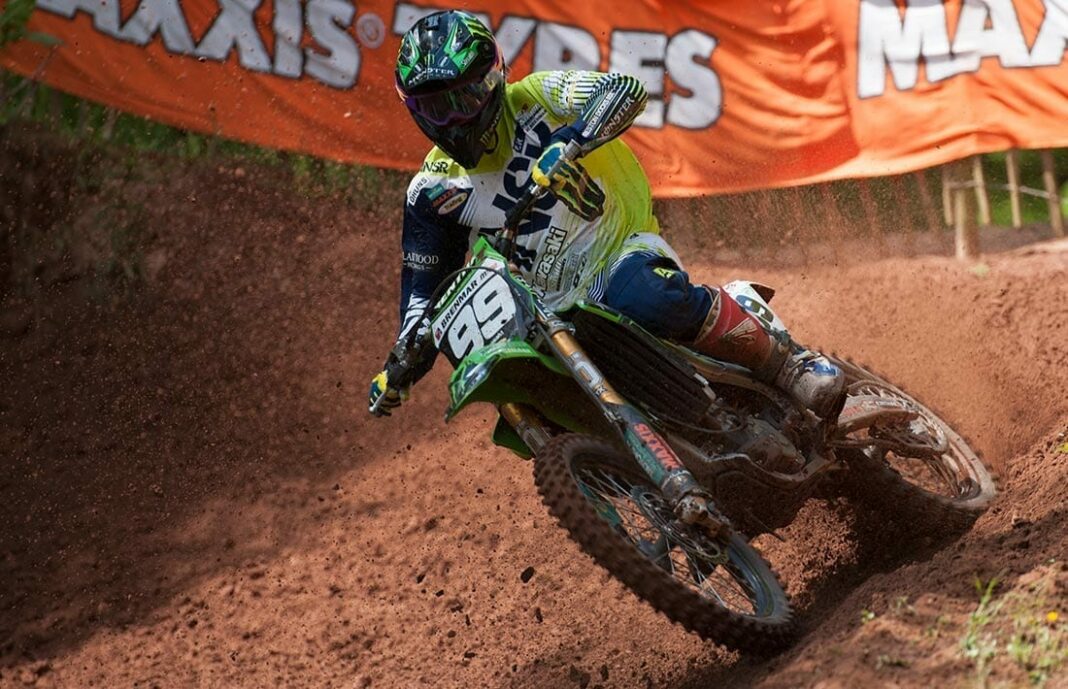 Max Anstie is firmly on the recovery path after his horrific 2015 Motocross of Nations accident at Ernée in September.

The three-time MX2 Grand Prix winner this year was clipped by Pascal Rauchenecker on the downhill triple during Saturday Qualification races and broke a shoulder blade and fractured two thoracic vertebrae.

The 22-year-old admitted that his rehab was going according to plan and he can move around freely after being hospitalised and immobilised for several days after the crash. “Everything considered I’m doing really well,” #99 said.

Anstie added: “The bones will take another three or four weeks to heal up properly but I have no other issues and I am up and about now. My shoulder blade aches a bit but my neck and back feels pretty good. I’ll be back in no time.”

After two years with Steve Dixon’s British team and in Yamaha and Kawasaki colours, Anstie is widely tipped for Jacky Martens Lommel-based factory Husqvarna crew and for what will be his last season in MX2.

No announcement has yet been made and this could be down to a complicated situation with contracts and the rumour that Husqvarna could be changing title sponsorship across its racing teams to sync with the works American set-up.

Dixon, who banks on support direct from Kawasaki as well as his own arrangement with Monster Energy, has also yet to talk of 2016 but apparently has Tommy Searle lined up for a KX450F in MXGP and Russian Vsevolod Brylyakov in MX2.