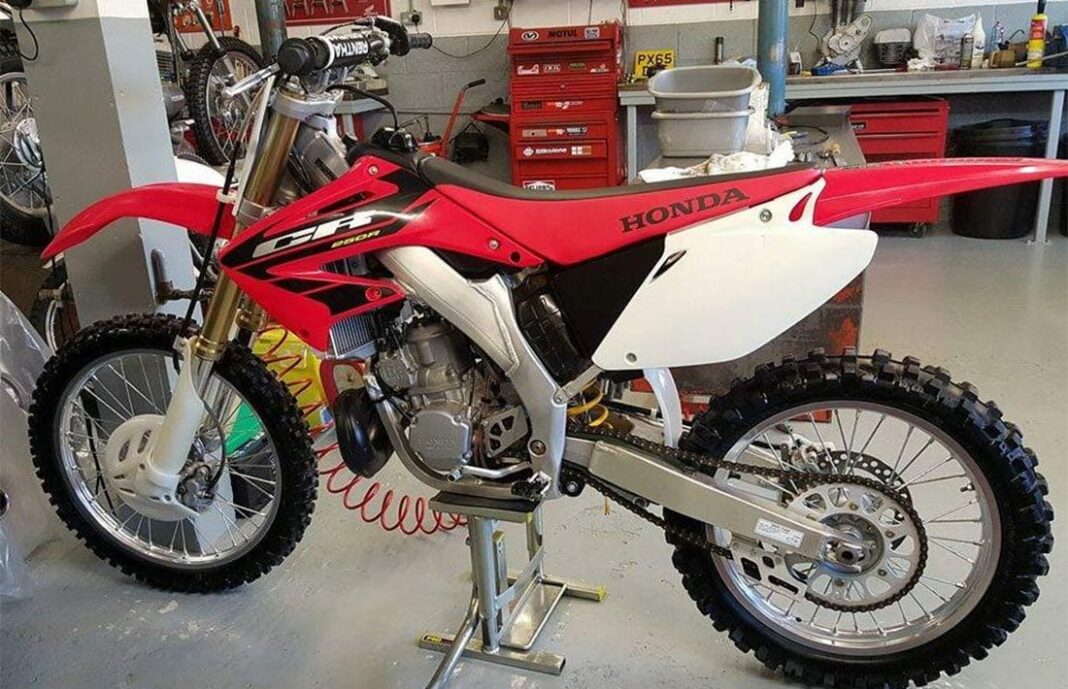 Norman and Martin Rowlandson of Sapphire Motorcycles in Staveley, near Kendal, suffered a break-in at their showroom last April with thieves stealing an unused 2004 model Honda CR250.

Police were informed and the bike trade alerted but nothing turned-up – until recently! While searching on social media Martin came across a 2004 CR250 advertised with a northern dealer. The dealer remains anonymous as they are an innocent party and were selling the bike on behalf of a third party.

Martin went straight to the dealer armed with relevant paperwork for the machine and the dealer instantly agreed it was their bike.

The end result is that the Rowlandsons were overjoyed to get their bike back in relatively good condition, although there was minor damage as it had clearly been in storage for some time.

As this was a live police investigation they were naturally informed and TMX understands that their recent involvement is leading to a prosecution.

The moral of the story is if you have suffered from a bike theft persevere with your investigations which means regularly checking online retail websites, dealer stock and private sales. Also, hold on to any paperwork you have regarding the machine which is positive proof of ownership if your machine is discovered.

Also, remember to contact the police – regardless of the length of time your machine has been missing – as the case will still be live.