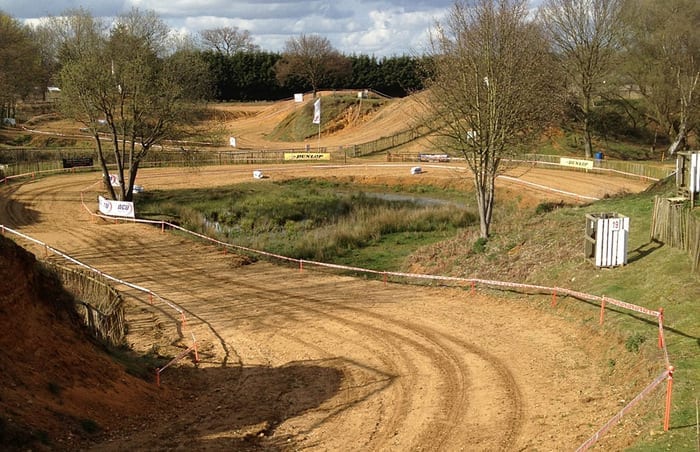 At this weekend’s Maxxis British Motocross Championship round at Canada Heights, ACU Events announced that there will be a new venue on the calendar for the 2015 season.

With the 2014 Championship in full swing, ACU Events are already busy planning and preparing for next season.

After signing an agreement between the Woodbridge & DMCC and series promoters, ACU Events, the Championship will visit the Blaxhall venue in Suffolk next summer.

The initial plan is for the Woodbridge Club to host a round of the Championship during the months of July or August.

ACU Events are clearly delighted to have secured the use of the Blaxhall Circuit near Woodbridge. Series manager, Brian Higgins commented: “The Blaxhall circuit is a well presented venue that is sure to produce some great racing.”

The sandy circuit at Blaxhall features a flowing layout which uses its natural changes in elevation to create an exciting race circuit for both riders and spectators. Blaxhall has played host to a number of British Championship events in the early 90s and more recently the British Open and Under 23 Championships and will also play host to the ACU BYMX Team Event on October 11-12, this year.

Brian said, having visited the venue last year, “I believe that a number of teams and riders will be pleased with the selection of Blaxhall as the venue for the 2015 Maxxis ACU British Motocross Championship. As a Championship it is always important to be on the lookout for new venues and organisers to help grow the Championship. It was important for both the Club and ACU Events to get this agreement sorted as early as possible to allow the Club the time to make the necessary preparation in readiness for next year’s event,” added Brian. “Having worked alongside a number of the key members from the club I know that this will be a very successful event”

The Woodbridge and DMCC commented that “as a club, 2015 will mark the 50th year of using the Blaxhall Circuit for Motorcycle events,” adding “We were looking at different ways to celebrate this landmark. In the past we have run a number of large National events, and following the recent improvements to the circuit and facilities the club decided that it would only be fitting to bring the Maxxis Championship to Blaxhall”