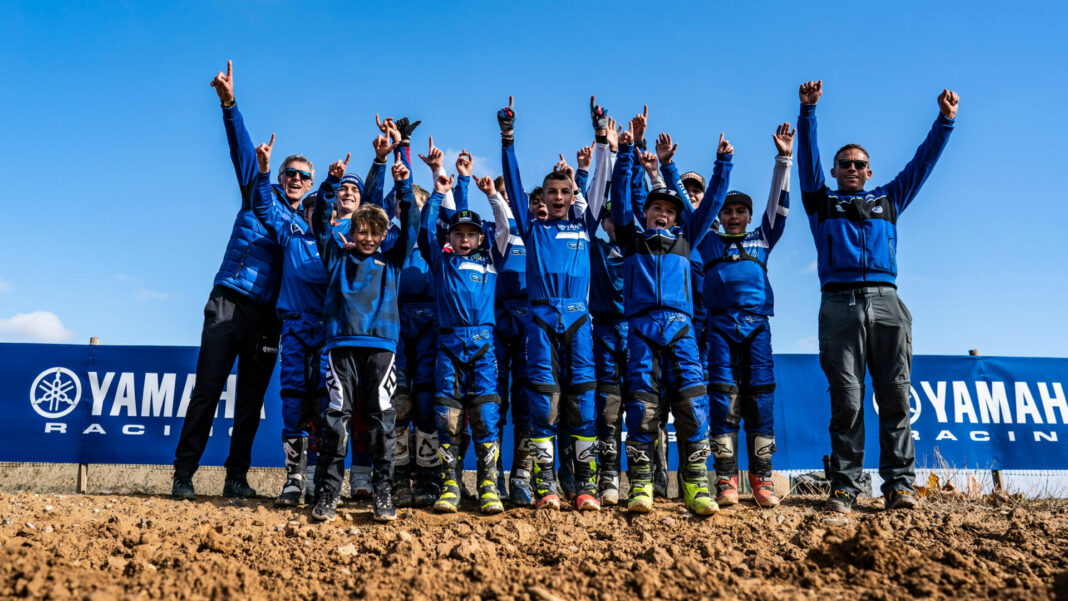 Yamaha Motor Europe have announced the three winners of the YZ bLU cRU FIM Europe Cup and the two riders who will benefit from support in next year’s Yamaha R3 bLU cRU European Cup.

The winner of the YZ125 category is 16-year-old Frenchman Adrien Petit, who earns a place in the Yamaha bLU cRU Team by Aussio, where he will contest the 2022 EMX125 Championship aboard a GYTR kitted YZ125. Elsewhere, 13-year-old Swiss rider Noe Zumstein has been selected as the winner in the YZ85 division, while 11-year-old Dane Bertram Thorius was awarded the top spot in the YZ65 class. Both Zumstein and Bertram will benefit from additional Yamaha support for their 2022 seasons.

Of the 21 road racing entries, the two winners were 18-year-old Spanish rider Yerai Ruiz and 17-year-old Italian Andrea Pizzoli. Both will receive a supported entry into the 2022 Yamaha R3 bLU cRU European Cup, a championship that debuted this season supporting the FIM Superbike World Championship, in which the overall winner will earn a spot on the FIM Supersport 300 World Championship grid as part of Yamaha’s bLU cRU program.

The Masterclass took place just outside of Barcelona, Spain, in Alcarrás, bringing together a group of bright young Yamaha Racing talents from both on and off-road racing disciplines. The event ran to a schedule that has been mindfully designed to encourage, nurture and develop aspiring professional riders.

At the Masterclass, the Yamaha Motor Europe representatives had the chance to observe the promising riders for more than just their talent and flair on a motorcycle. Afterwards, they assessed the youngsters and selected those that had impressed them most, based on their performances, dedication to learn and their attitude off-track.