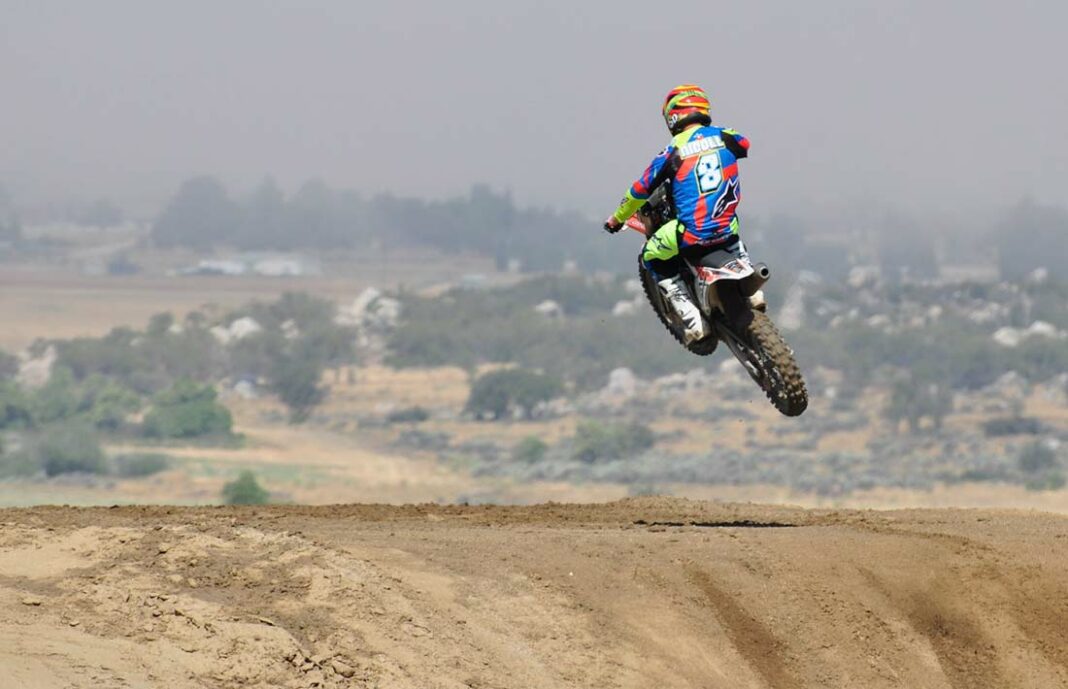 Kurt Nicoll is quite possibly the greatest motocross rider never to win a world title.

It’s also worth remembering that Kurt has never been a man to look for the easy option. As a teenager he went straight into the premier 500cc class and in 1993, when the 250cc class was elevated to blue riband status, he switched down instead of staying put and vastly increasing his chances of collecting a world title.

When an elbow injury forced him to stop racing he stayed with KTM, becoming the Austrian manufacturer’s Motocross Team Manager and even found time for a comeback. He raced the final round of the British championship at Farleigh Castle in ’99 and – two years later – finished seventh at the Swiss 500 GP and promptly found himself selected once again for the MXdN, helping Team GB to fourth at Namur.

In 2002 he became KTM’s Director of Racing in Austria and four years later he moved to California as Director of Racing in the USA. In 2009 he left KTM to become Chief Operational Officer for Godfrey Entertainment before the company eventually merged with an Australian firm to form Nitro Circus Live where he worked as Vice President of Global Touring until June this year.

So looking back it’s fair to say Kurt’s lived a charmed life and, the cherry on top, he now lives in SoCal and has just launched his own motocross vacation company – Champion MX.

DBR: Looking back over your distinguished career is there anything you’d change?

Kurt: “I think I was too f**king miserable most of the time. I should probably have had more fun than I did just because I was too serious about racing and that definitely came across and made me seem like I was miserable. If I could go back I would definitely change that, there’s no doubt.

“I would try to be less serious and I would definitely try to have more time for fans, more time for journalists, more time for everybody. No doubt I would say that I regret that. I was the way that I was but I don’t think it was necessarily right.”

DBR: Your father, Dave, was a factory motocross rider and GP winner. Was it inevitable that you started racing?

Kurt: “I began racing in ’79 when I was 15. I don’t know whether my dad didn’t want me to race or if he just never introduced me to racing until then. I never had a bike until I was about 13, I just played football and cricket and stuff. I went to races with him but I don’t think I was ever aware that kids could ride.

“I think I expected to be a motocross professional from the first time I raced and I think that was maybe because my dad was and because I was around professional racers and I never really expected to do anything else. I don’t know why I was so damned confident but it just seemed like there was no other path.”

DBR: Your breakthrough year was in 1987 – four years after your GP debut – when you finished second in the world behind Georges Jobe and scored your first GP moto win at Farleigh Castle and first overall in Holland…

Kurt: “The ’87 season was a great year for me. I think at that time me and dad were the first father and son to win GPs so that was awesome. I didn’t really get anywhere near the title but I progressed all the way through and got better as the year went on.”

DBR: You were second again the following season, this time behind Eric Geboers…

Kurt: “Second will become a recurring theme as we go through these years! I was actually much more ready to challenge for the title in ’88 and I won early in Switzerland. Eric wasn’t that strong at the beginning of the year and David Thorpe hurt himself but Eric got stronger and he was better than I was.

“It was difficult to compete with the Hondas so we were always battling against that and I hate to make excuses but there used to be differences in the bikes. Nowadays you could take the bike in 20th place and give it to Ryan Dungey and he’d still go out and win but back then there were big differences and Hondas just won all the time. I totally recognised that.”

DBR: After finishing second to Geboers in 1990 you were threatening to run away with the 1991 title but after four rounds your season was over. What happened?

Kurt: “I broke my femur in Holland in practice. I just whisky throttled on a jump, went way up in the air and had to jump off which sucked because I was something like 50 points in front at that point but it was just my mistake. I messed up.

DBR: Tell us about 1992? You lost to Jobe by just two points despite winning the last three GPs of the year…

Kurt: “That was when the start gate jammed at Hawkstone Park and, in retrospect, I just screwed myself up. At the time I blamed it all on the start gate. The fact is I pulled out of that race when I probably could have got 12th or something which would have won the title.

“Then we went to France the week after and I rode crap there as well. The best race was the last race and then the crankshaft broke on the bike and I went from probably leading to being miles behind in a matter of two or three weeks which all spiralled downhill from that start gate jamming. I should have coped with it better.”

DBR: What was your greatest achievement as a rider?

Kurt: “Helping Team GB to win the Motocross des Nations in 1994. It was an absolutely amazing experience, the whole thing. I had a hate/love relationship with the Motocross des Nations. Although the ’80s whenever I raced it I never had any luck. I crashed and got concussion in Sweden, I crashed and broke my thumb in France. I actually didn’t even ride in 1990. They picked me and I said ‘no, I don’t want to ride, it’s always a disaster’.

“Then when we went to Australia in ’92 I won the 500 class there and I won the 250 class in ’93 in Austria and then we won overall in ’94. They were absolutely some of the greatest races I can remember. Even ’97 – my last race as a professional – I won one of the heats in Nismes in Belgium.”

DBR: What was your greatest achievement as a Team Manager?

Kurt: “Jamie Dobb winning the 125cc world title in 2001. Motocross is an individual sport and there is very little that a Team Manager can do apart from organise good mechanics and create a good infrastructure – actually having a massive influence on a rider is very difficult. But I did with Jamie, no doubt.

DBR: You obviously had great fun working for Travis and Pastrana and his crew…

Kurt: “I went down the Giganta ramp on one of those trikes because I was fed up of people saying I’d never done it! I tried to learn to backflip because they all said I should but I crashed on about my third one on a bicycle off the side of the foam pit and hurt my shoulder so I quit that idea.

“I jump freestyle ramps all the time – 75ft, the normal gap – but I don’t do any tricks unless you count one-handers or butt-whips!”

DBR: And now you’ve changed roles at Nitro Circus Live so you can start Champion MX – and give yourself more time to turn laps!

Kurt: “I still ride – that is what I really enjoy – and Nitro Circus has grown so much now it’s become a full-time office job. I don’t want to wake up in 10 years and have worked in an office that whole time. My true passion is motocross, simple as that. It’s in my blood and that is what I want to do, ride dirt bikes.”

DBR: You’ve certainly got an ideal base in the heart of the Californian MX scene…

Kurt: “When people come to America they want it to be the best vacation they can have but I want them to have the full experience of southern California. Everything is here – the teams, the major industry players – and where I am in Temecula is like the centre of everything.”

DBR: What can your Champion MX customers expect?

Kurt: “I was talking with Grant Langton and he mentioned how he would love to go riding with us and help out. He obviously has Langston Motorsport and said if anyone needs anything he will do good deals for them. I have spent a lot of time with Mitch Payton, trying to get my Honda 250 ready for the VMXdN in September. These are relationships I have built over years and years and I think it will be a chance for people to really get involved in the scene here and, of course, do a lot of riding.”

DBR: What about outside activities?

Kurt: “From where we live it’s an hour to the beach and an hour to Disneyland. My wife said if I was going on a riding holiday to Italy she would want to come with me so we want to make it also welcoming for people to bring their wives or girlfriends if they wanted to.”

DBR: We know it isn’t a riding school but will you be handing out any tips?

Kurt: “I’m always open to helping people out – I have a lot of experience setting up bikes and how to get the most out of your riding. I want people to have a great time but I also want them to improve their riding.

“The idea for Champion MX came out of my son and his friends coming over the last few years and they just have the best week of their year. The rest of the time they are riding in England, the tracks are not that well prepared and the weather is not great. It’s the highlight of their year coming here and I really enjoy having them over here and they go home feeling better about their riding.”

DBR: What’s the best way for people to get in contact?

Kurt: “People can go to the website www.championmx.com. If anyone wants to give me a call or send a message I will call them straight back. I want to share with them the enthusiasm I have for this business. I am willing to work a package that suits their needs.”