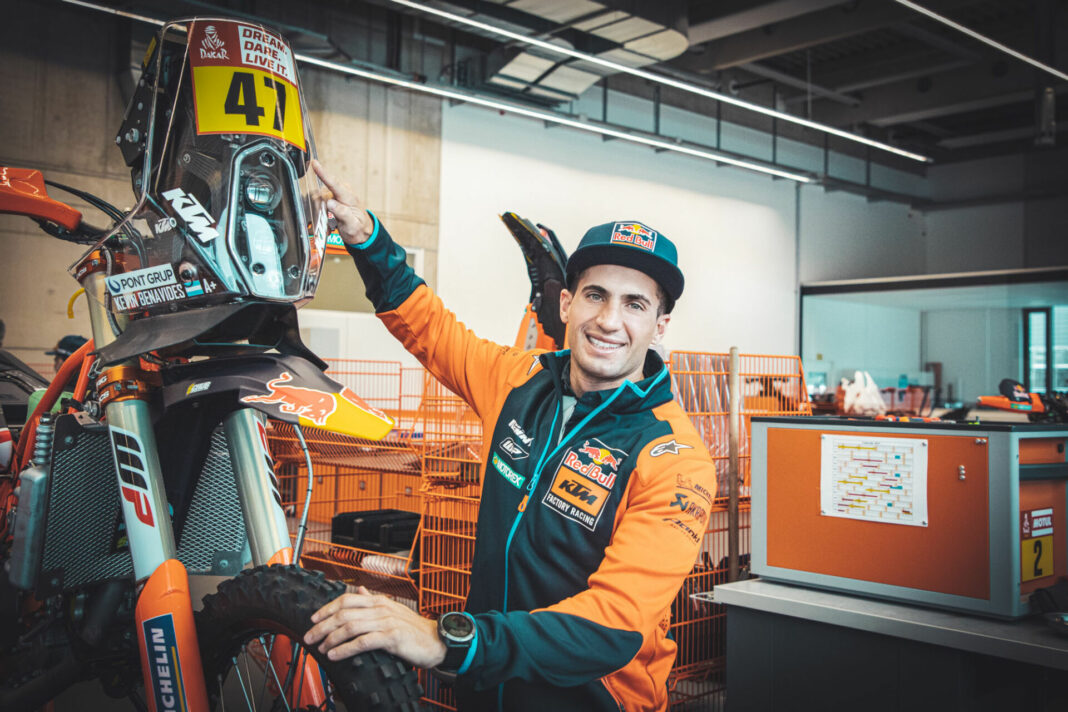 The 32-year-old from Salta will compete in the FIM Cross-Country Rallies World Championship and the prestigious Dakar Rally riding the KTM 450 RALLY.

Benavides, who is this year’s Dakar champion and arguably one of rally’s hottest properties, has signed to race for the Austrian outfit in a bid to compete for the World Championship title and to defend his Dakar victory. The Argentinian began his racing career in enduro, finishing fourth in the FIM Junior Enduro World Championship just under 10 years ago, followed by numerous national championship victories.

Benavides switched his attentions to rally in 2015 and has since won a number of prestigious rally events, Most notably he was runner-up in the FIM Cross-Country Rallies World Championship in 2017, and enjoyed a second-place finish at the Dakar in 2018 before claiming victory this year.

Benavides adds extra power to Red Bull KTM Factory Racing’s dynamic Dakar-winning line-up and will benefit from the team’s vast experience, with their incredible 18 Dakar wins since 2001. Kevin’s outright speed, experience, and hunger for future victories compliments the team’s ethos and vision, and he will begin a program of testing and familiarization with the KTM 450 RALLY machine in the next few days.

Benavides’ first competitive outing on KTM machinery is expected to be at the Rally Kazakhstan in early June.