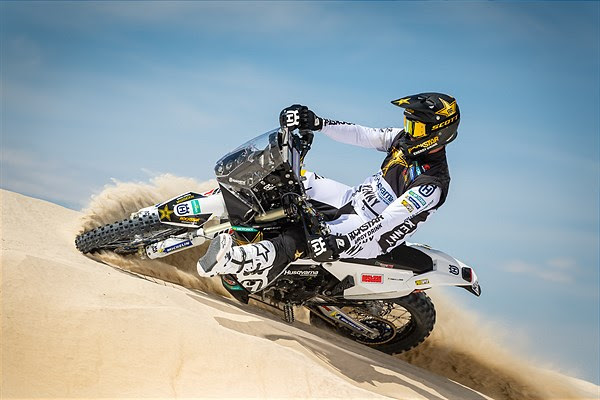 Husqvarna Motorcycles is pleased to announce the signing of Skyler Howes to the Rockstar Energy Husqvarna Factory Racing team for the 2021 rally championship pursuit.

Signing a three-year contract, the 29-year-old will first compete on Husqvarna machinery at the Sonora Rally in Mexico in early May, before lining up at round one of the 2021 FIM Cross-Country Rallies World Championship – the Rally Kazakhstan – in June.

Born in California, Howes grew up competing offroad, specifically desert racing, before turning his hand to rally in 2018. Contesting the Dakar Rally for the first time in 2019, the American admits he underestimated the iconic event, and despite showing great pace on the tough terrain he was forced to retire after dislocating his shoulder. Exceptional rides in both the 2020 and 2021 races saw the Utah resident finish inside the top 10 and as leading privateer – the highlight being an impressive fifth overall at this year’s event.

Skyler Howes: “I am so excited to have signed for the Rockstar Energy Husqvarna Factory Racing team – it is something I have worked hard my whole life for. I started riding when I was just three years old and have raced offroad my entire life. I have only been racing rally for the past three years, and in order to be able to compete in the Dakar this year I had to sell everything I owned. I raced the Dakar for the first time in 2019, in Peru, and I have to be honest, it was a huge wake-up call.”

“Thankfully, my result got the attention of the factory teams and now it’s a dream come true to sign for Husqvarna Motorcycles – they have one of the best structures and set-ups in the paddock. One of the biggest things for me is the fact that I can now concentrate on my training 100 percent and hopefully take my riding and results to the next level. The goal for this year is to take in the world championship rounds and get as much experience as possible before January next year where the aim is to go on to challenge for the Dakar podium.”