Top-flight indoor trial action returns to some of Europe’s biggest arenas next season with the 2021 FIM X-Trial World Championship that takes in nine rounds running from March through until November.

Starting later than usual and with two reserve dates in case COVID-19 calls for rescheduling, the series also has an extended summer break while the best trial riders on the planet get to grips with the outdoor FIM Trial World Championship.

All dates and events will remain subject to the evolution of the pandemic and the calendar will be adapted throughout the year if required.

The provisional calendar sees a brand-new venue for the season opener in Braga on March 6 as X-Trial returns to Portugal for the first time in more than a decade. The championship will then continue on March 12 with another new venue in Chalon-sur-Saône (France) before the month is completed with customary trips to Wiener Neustadt (Austria) on March 20 and Marseille (France) on March 27.

The series will continue with two rounds in a row within a busy weekend on April 9 and 11 with X-Trial Nice (France) on Friday and a trip south across the border for the prestigious X-Trial Barcelona (Spain) on Sunday. The seventh round will be held at the impressive Vendéspace in Mouilleron-le-Captif (France).

Following the break the championship will reach its final stretch in Andorra la Vella (Andorra), which returns to the calendar on October 9 after the successful event there last year. The finishing touches will be put on the season with X-Trial Liévin (France) in November.

A date and venue for the X-Trial des Nations is still undecided. 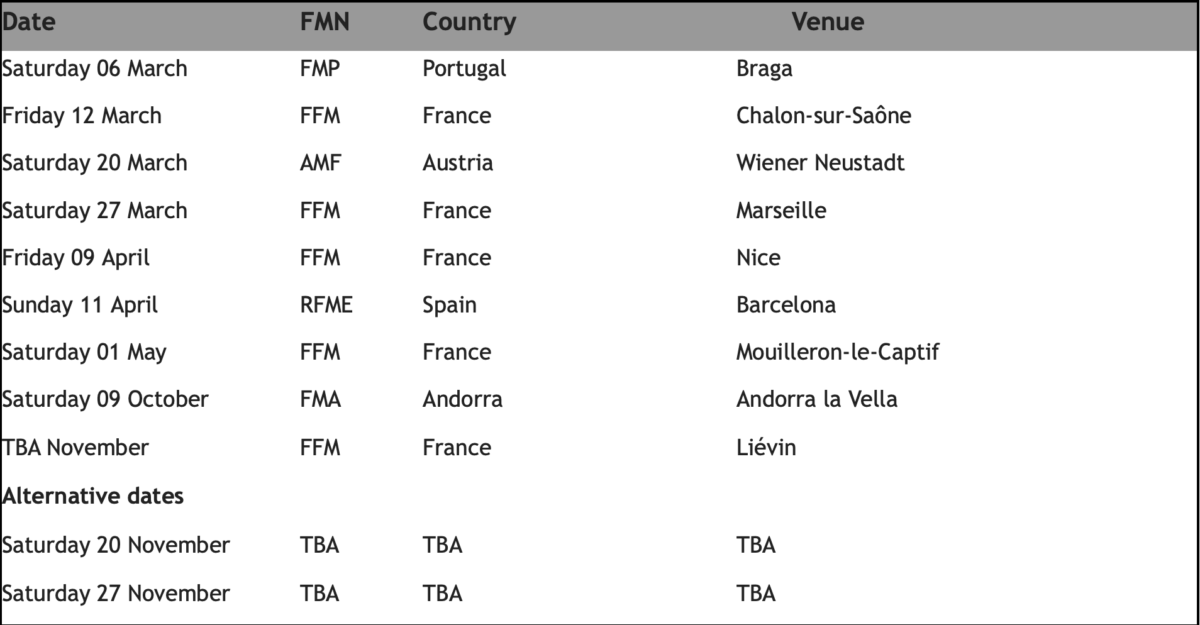