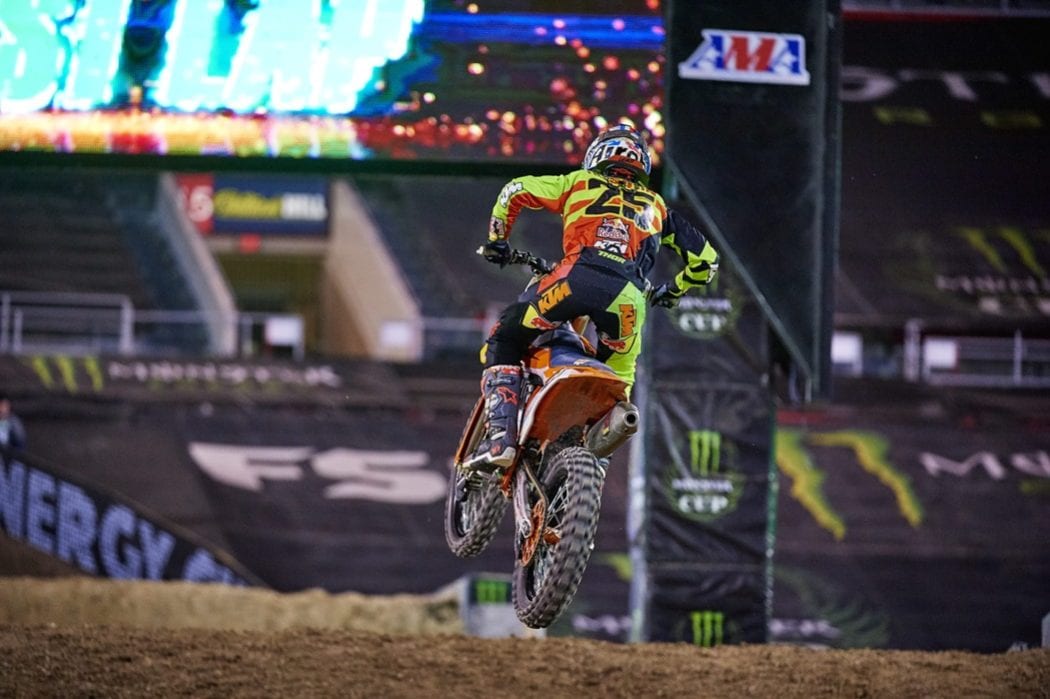 Supercross hits Paris this weekend for the first time in four years and the highest profile indoor event in Europe boasts its usual spectacular line-up and show.

Topping the bill is Vegas millionaire and Red Bull Straight Rhythm winner Marvin Musquin but he faces US opposition from Zach Osborne, Cole Seely and Jeremy Martin along with Scotland’s Dean Wilson, hot from his first-night success in Sydney.

Sadly, SX2 will no longer feature Benoit Paturel. The 250 pilot was set to take on the European supercross events with Team Bud Racing but an injury sustained during practice this week has put the talented Frenchman out of action. 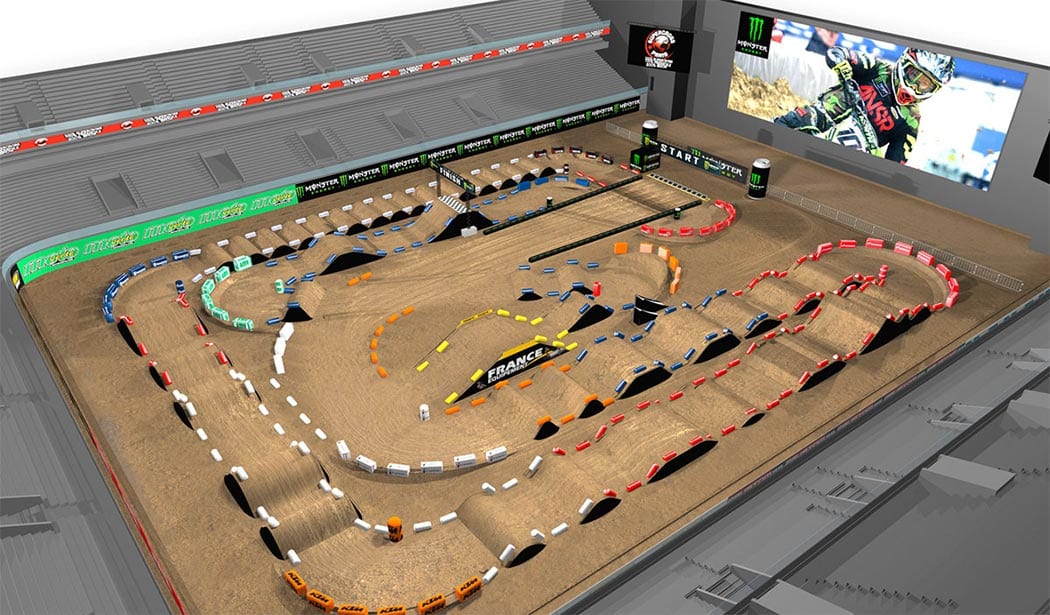 The show in the brand new U-Arena in Nanterre starts at 8pm on Saturday and 3pm on Sunday.

Not present this weekend in Paris will be Greg Aranda who had to withdraw from racing in Stuttgart last weekend when it became apparent that a plate in his hand had come loose, requiring an operation.