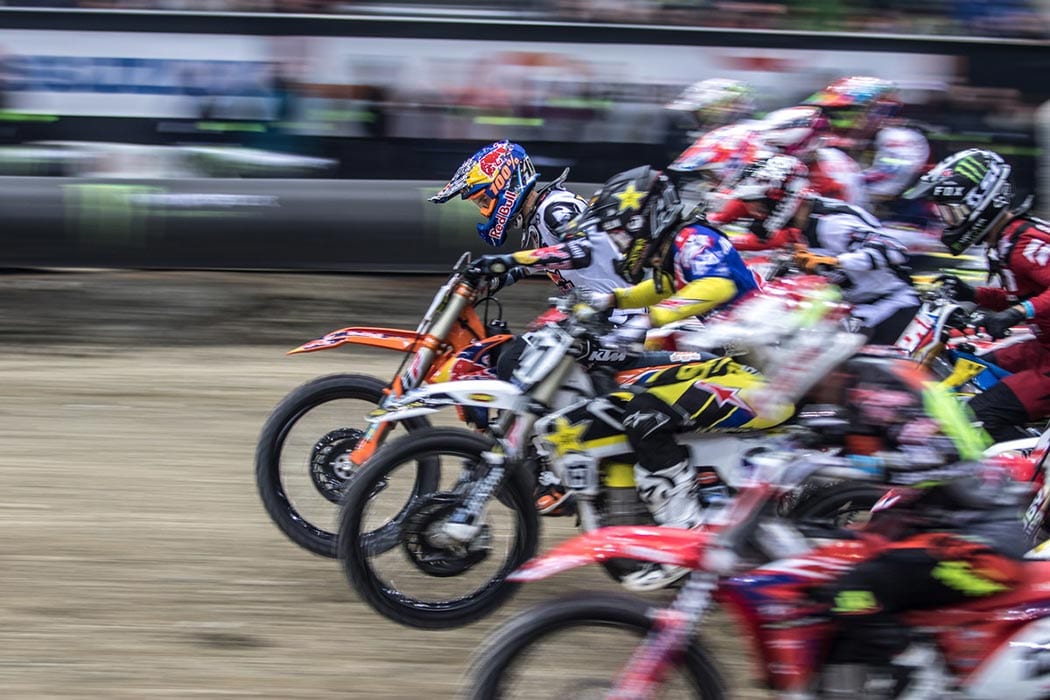 Red Bull KTM’s Marvin Musquin cannot be stopped in the build-up to the 2018 AMA Supercross series.

Using his KTM 450 SX-F the French star owned both evenings of the well-attended Geneva Supercross at the Palexpo last weekend to be crowned ‘King of Geneva’ for the fourth time.

The #25 triumphed on Friday night and then took advantage of a slip by training partner Jason Anderson to win Saturday’s Main Event across a tight and rough layout by almost five seconds.

After the Million Dollar victory in Las Vegas, the Red Bull Straight Rhythm, the Paris Supercross and now the last major dirt bike racing fixture of 2017, the 27-year-old will enter the new supercross campaign in good form and confidence.

“The goal was to come here and win like I did in Paris two weeks ago and also here last year,” said Musquin.

“I knew coming in with Jason and Justin Brayton there would be some good racing. The track was pretty good; a really nice whoops section and a couple of nice rhythm sections and the split section was pretty cool. It got beaten up with the soft dirt and it became choppy and rutted and was technical.

“On Friday Jason and I had an intense battle – it could have been dirty but we kept it clean!

“At the end I was able to make the pass stick and beat him straight-up. A different story on Saturday because he had the better start and we were going for it and pushing hard. My aim was to put pressure on him and to see what would happen with that pressure. He made it easy for me by making a mistake and going down, after that I just managed the gap.

“It is great to win here four times in a row.”

Round one of 17 in the 2018 AMA Supercross series – also an FIM World Championship – begins at the Angel Stadium in Anaheim, east of Los Angeles on January 6.