More than 30 years after the first edition in Bercy, Paris Supercross remains the most prestigious Supercross event in Europe. And this weekend (November 8-9) at the Paris la Defense Arena, a strong contingent of US Supercross athletes descend on the French capital to defend American SX supremacy.

For its third edition in the brand-new Arena the event will likely see some close battles on track with no single main favourite behind the gate. “Our goal is to offer to the public great stars but also very exciting racing and I think we never had so much suspense in the most recent editions as we have this year,” enthused Sports Director Xavier Audouard.

“Who will be the new King of Bercy? That’s difficult to answer when you line up Chad Reed, Dylan Ferrandis, Justin Barcia, Malcolm Stewart, Joey Savatgy and Jeremy Martin against the best Frenchies… and that’s what we need for our public.” 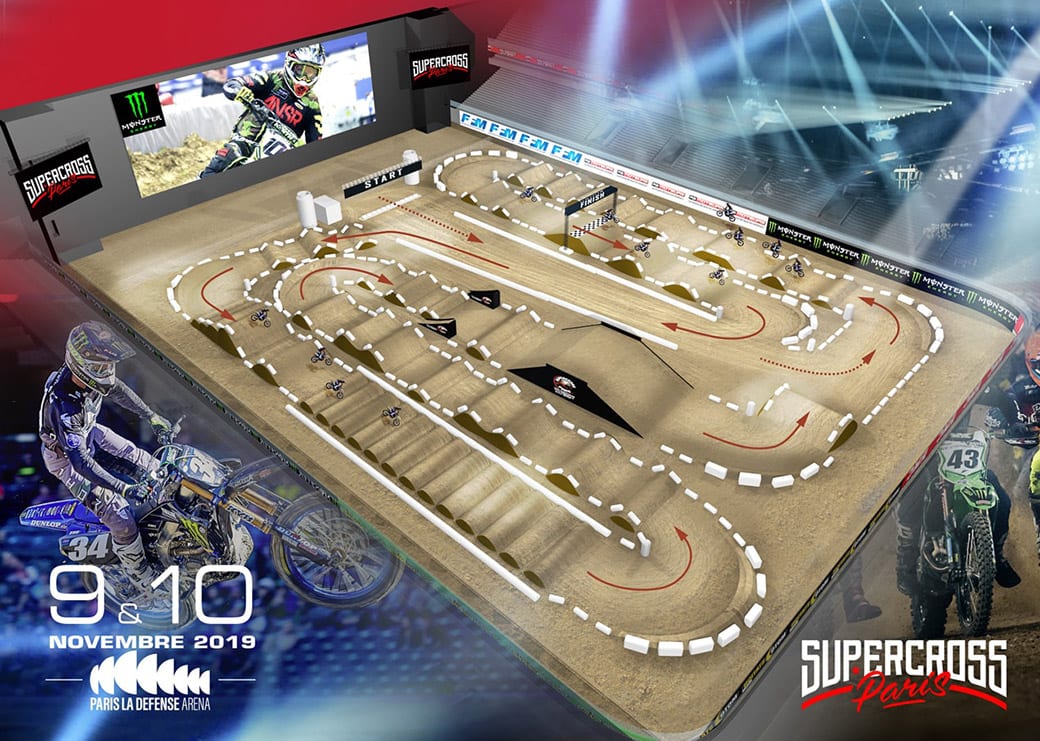 Created in the US, Supercross has always been an American affair. Having won 25 editions of the Paris SX the US riders have only lost the trophy against riders who also raced the American series. Four of them were French and after Jean Michel Bayle, David Vuillemin, Christophe Pourcel and Marvin Musquin will Dylan Ferrandis add his name to the prestigious winner’s list?

The US 250 Supercross champion will line up for the second consecutive year in the main class and, after a second-place overall last year, he will for sure be the favourite of the crowd for his sole appearance in Europe this winter.

“Last year Dylan had only a few days on the 450 before he came to Paris but this year we have approached it more specifically,” explained his coach David Vuillemin, himself a four-time winner in Paris.

“Since he was back riding from a short break he has trained mainly on the 450… and the goal is to win in Paris. For sure it will be tough but he can do it.”

Dylan will be the captain of Team France against a strong Team USA led by Malcolm Stewart, Justin Barcia, Joey Savatgy, Jeremy Martin, Justin Hill and Vince Friese. Will Chad Reed be the cat-amongst-the-pigeons in the France-USA duel? The Australian legend, a multiple world- and US-champion in a professional career spanning 20 years, won the Paris Supercross in 2007 and for sure he will again be one of the main protagonists.

Alongside the SX1 class, Paris will once again host a round of the French SX2-Tour with the best French youngsters and several guests such as last year’s winner Jace Owen, Darian Sanayei or German Brian Hsu.

As usual, the FMX show will put the Arena on fire with recent X-Games winner David Rinaldo heading a strong line-up featuring Australian Jarryd McNeil, Japanese Genki Watanabe, Spaniards Rocky Florensa and Antonio Navas and France’s own Nicolas Texier. The event is scheduled for Saturday night and Sunday afternoon – see the timetable below for further details.