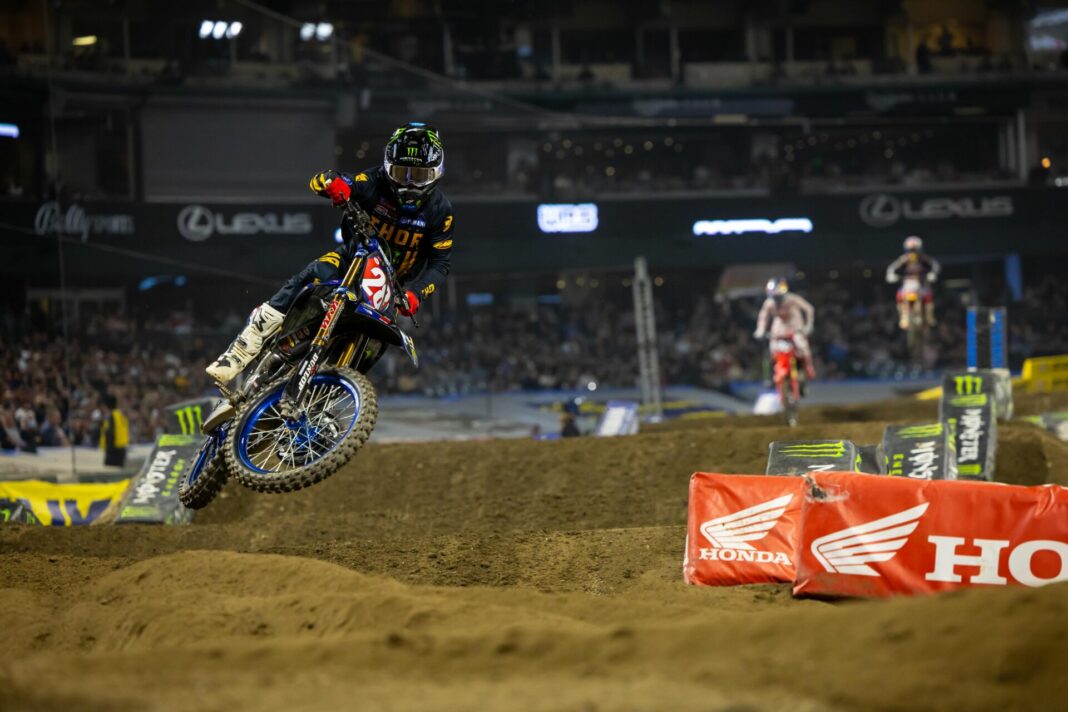 Monster Star Racing Yamaha’s Christian Craig added another Anaheim win to his collection this weekend, extending his championship lead heading into round seven.

One corner later, Mosiman went off the track in the sand section and dropped back well outside the top ten. It was soon down to a two rider battle as Craig and Lawrence distanced themselves from the pack while the whoops claimed several top riders behind them. Then six minutes into the 15-minute plus one lap race the whoops reached up and grabbed Lawrence.

The crash took him out of the race and Craig rode unchallenged to the end. Behind him, Mosiman recovered up to second only to have his own crash in the whoops, ultimately handing the second place position to Friese. Mosiman remounted to earn the final spot on the podium. Craig now holds a 28-point lead with a five week break ahead and only four rounds remaining in the regional championship, including two Dave Coombs Sr. East/West Showdown rounds that will complicate matters with riders from each region vying for the same night’s points payout.