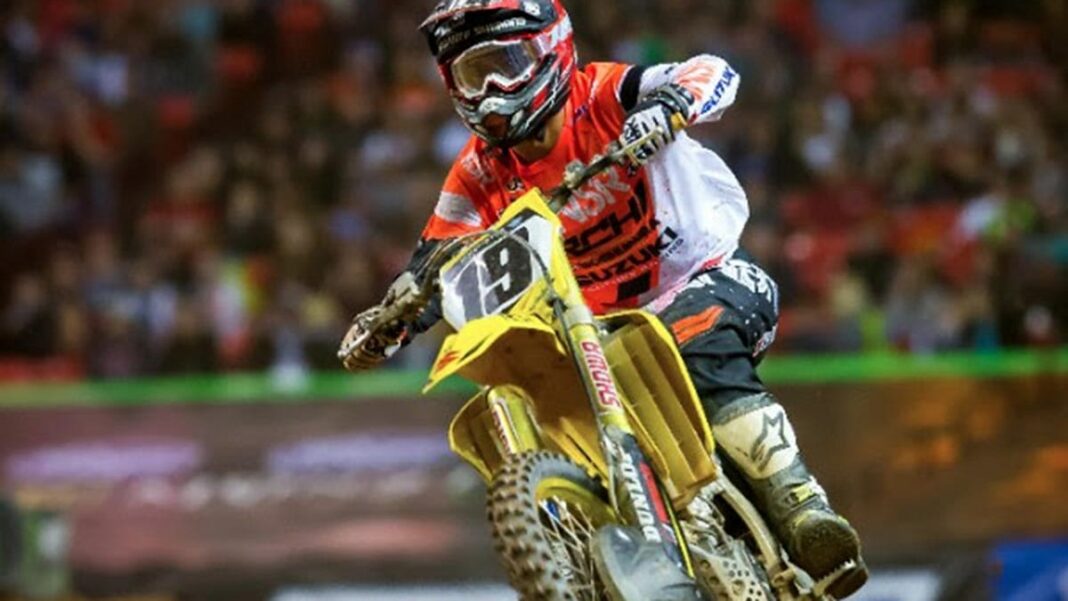 Sometimes in sport, everything goes right until it goes wrong. Fourth-quarter leads vanish. Games are lost in extra innings. Teams dominate until overtime. Promising opportunities swing the other way.

Such was the story for RCH/Yoshimura/Suzuki Factory Racing Saturday night in Round 8 of Monster Energy AMA Supercross, an FIM World Championship, at the Georgia Dome.

While RCH riders Broc Tickle and Justin Bogle both had solid practice sessions and qualified for the Main Event straight out of their heat races, both were dealt a bad hand in the main leaving Tickle 14th and Bogle 17th in the final rundown.

“Atlanta was a rough one,” commented Tickle, who slipped to 10th in points. “I qualified for the Main Event right out of my heat, which was awesome. I got the holeshot and finished third so that was a great way to start out the night but I got a terrible start in the main. The track was tough and it was really hard to pass. There were a lot of guys going the same speed so that makes it hard to reel anyone in. It was tough in the back of the pack to make passes and make them stick. It was frustrating but we need to stay focused on our program, keep doing the same things and not get down. We’ll keep working hard and making progress.”

For his part, Bogle got his usual strong start in his heat race and raced with the frontrunners for the entirety of the second five-minute-plus-one-lap qualifier, where he finished fourth.

When the gate dropped on the Main Event, the rider of the #19 Suzuki RM-Z450 crossed the holeshot stripe fourth and maintained his footing in the top five for a good portion of the first half of the feature. Unfortunately with just over 10 minutes remaining as he was racing for sixth, Bogle was collected when another rider crossed over a set of ruts, making contact with his machine and leaving him nowhere to go.

With the clock continuing to roll and the laps rapidly clicking off, all Bogle could do was dust himself off and finish the race.

“That was a bad deal,” explained Bogle. “We really had a good night going. Had a great run in the heat race and got a great start in the main. I was up front, taking care of the bike and making laps. It stinks when another guy crosses a set of ruts and takes you out. We had a really solid night going, right up until that point. We’ll keep working at it.”

Monster Energy Supercross heads north of the border this weekend when the series returns to Toronto. Round 9 of the 2017 Supercross championship from the Rogers Centre will be televised on a tape-delayed basis on Fox Sports 1 Saturday, March 4 beginning at 10 p.m. Eastern Standard Time, 7 p.m. Pacific.