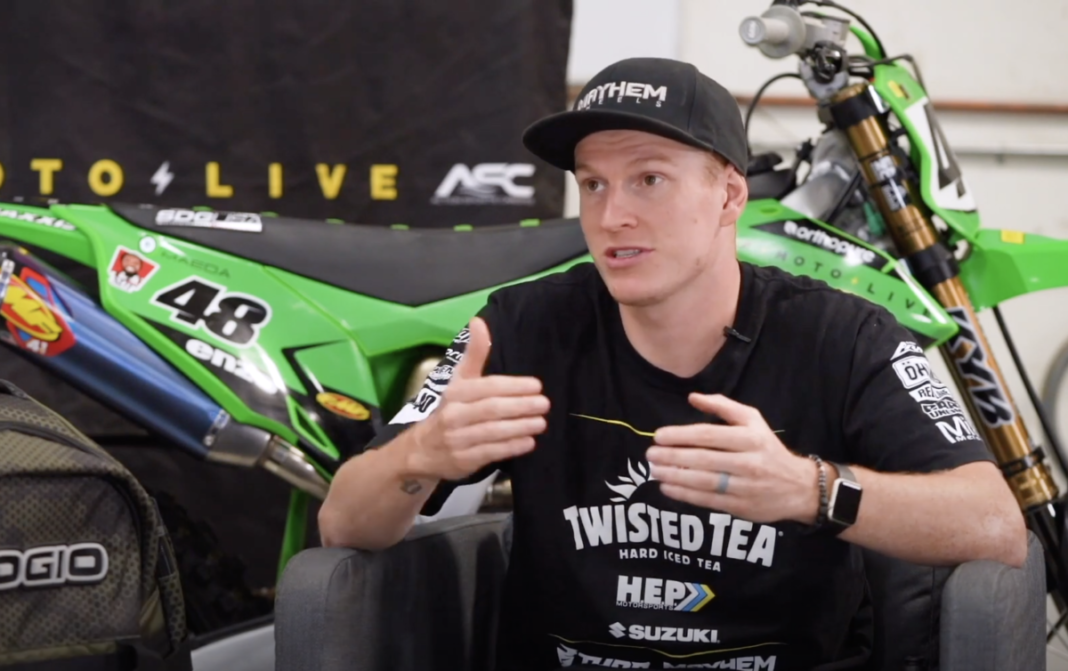 US-based Brit is in training for the new SX season Stateside...

US-based Brit Max Anstie (Twisted Tea HEP Suzuki) is back on a supercross track as he prepares for the opening round of the Monster Energy AMA Supercross series in Houston on January 16.

The 27-year-old was forced to sit out this year’s SX championship with an injury although, after COVID-19 measures forced a reshuffle of the US calendar, he was back to contest the full Lucas Oil Pro Motocross series where he was Suzuki’s top-placed finisher with ninth in the 450 class.

Talking to Swap Moto Live’s Donn Maeda, Max explained that he was looking on the bright side following such a testing year.

“I didn’t have all of the preparation for supercross and the whole supercross season this year so I’ve had a long time off. I’ve just started riding supercross and I’m enjoying it, I’m getting back into it. I’m pretty excited about it. I need laps on a supercross track, I need time and I’m using all the time I can get now.”

Throughout his career Max has divided his time between the US and Europe, turning Pro in America when he was 16 and making his supercross debut in 2010. However, when he went over at the tail-end of 2019 he had bigger things on his mind.

“I came out to America to get married. At the last minute I packed the bag – I brought holiday clothes, getting married stuff and I thought ‘I’m just going to bring a set of boots and a set of gear just in case there’s a team’ because I was out of contract in Europe. I would say I was 95 per cent going to sign with a team in Europe – I had it all dialled in.”