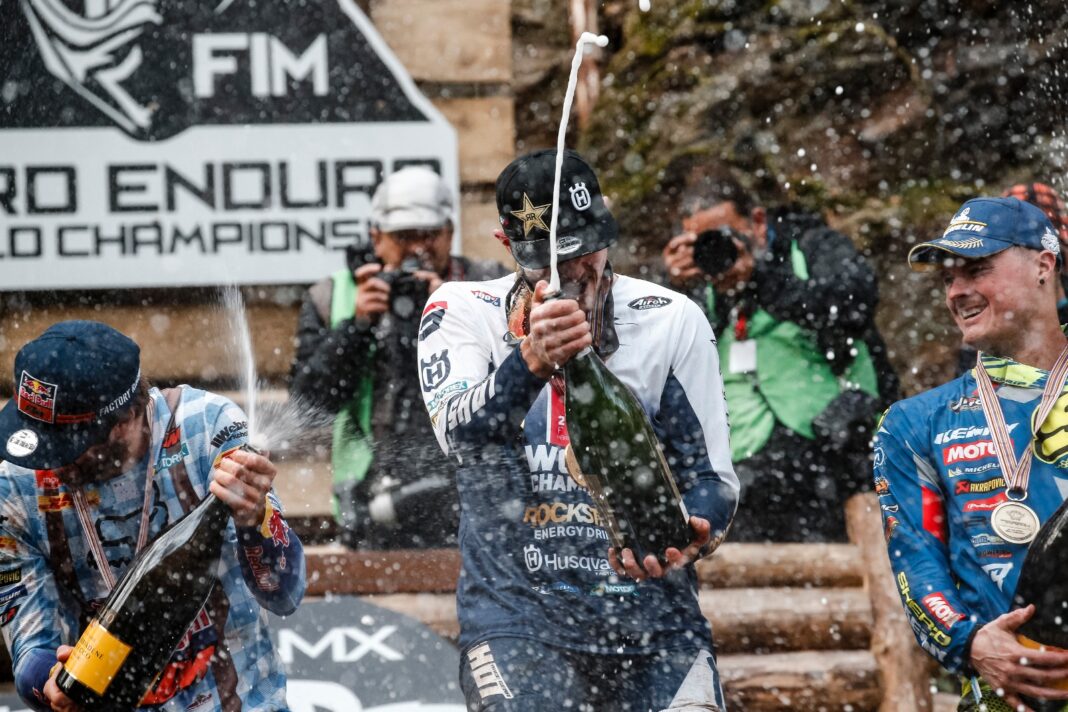 Attacking all the way during the final round of the season at Germany’s Getzen Rodeo, Bolt placed second to put the finishing touches to what has been an incredible year of hard enduro racing for the Brit. Competing alongside Billy, Hixpania winner Alfredo Gomez ended his season in a close sixth in the series following a sixth place result.

With the outcome of this year’s FIM Hard Enduro World Championship boiling down to the final race of the season between Bolt and his closest rival Manuel Lettenbichler, TE 300i mounted Bolt knew what he had to do. Holding a three-point lead in the championship standings, he needed to either win, or finish second or better to clinch the title if Lettenbichler won.

“WORLD CHAMPIONS! What an amazing feeling it is,’ said Bolt.

“It’s going to take a while to process this one. I can’t believe I’m the FIM Hard Enduro World Champion. It was a heck of a race today. We all knew what we had to do, and we made it happen.”

“I rode great this morning in the qualifier, but I hurt my finger. I was struggling a little with that in the beginning of the race and made a lot of mistakes early on. But I settled myself, regrouped and recovered.”

“When I got back up to second, I closed the gap to Mani to one minute, but didn’t want to risk anything. Riding into the finish line as the world champion was such an amazing moment. It’s been a great year and I can’t thank all of the team enough for their support. We did it!”