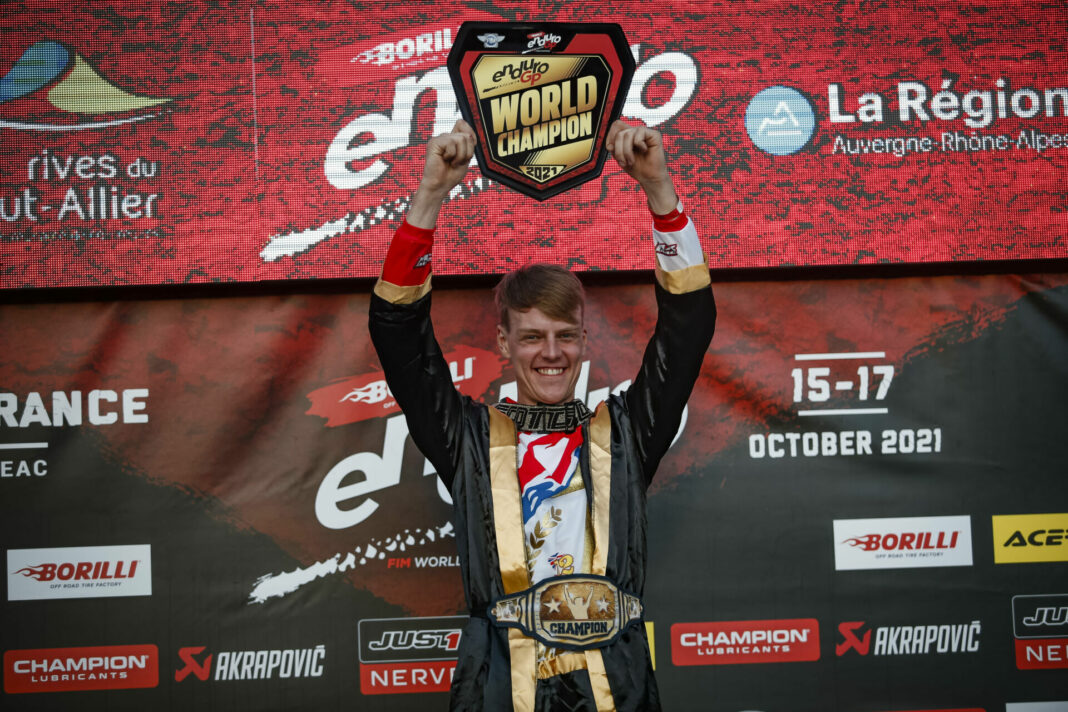 Beta’s Brad Freeman has been crowned 2021 FIM World Enduro GP Champion at the sixth and final round of the championship series.

After a steady start on the opening ACERBIS Cross Test to settle his nerves, Freeman pulled the pin thereafter to top the following CHAMPION Enduro Test and NERVE by JUST1 Extreme Test to take up the lead. Clearly focused on clinching the title with a win, he built up a healthy 20-second lead with two tests to go.

While Freeman had control over the race lead, behind him positions were changing. Beta’s Steve Holcombe was on form, winning the opening ACERBIS Cross Test and sitting in second after the fourth test. Also enjoying a great GP of France, KTM’s Jaume Betriu moved up to second after test five. Newly crowned Enduro1 champion Andrea Verona was next to slot into second at the end of test six, a position he would hold until the end.

After a slow start, day one winner Josep Garcia spent his day racing his way into contention to grab the final step of the podium from Betriu on the final special test. Although denied an EnduroGP podium, Betriu could still be pleased with his efforts in fourth, while Holcombe was close behind in fifth.

“I wanted to go for the win today to take the title,” said Freeman. “I knew ninth place would be enough to get the job done, but that’s not my style or how I like to ride, so I just went for it.

“With two tests to go I had a good lead and then rode it home. I’m so happy with this year and how it’s gone. I feel like there’s a massive weight lifted off my shoulders now. I’m the EnduroGP World Champion and that’s an awesome feeling!”