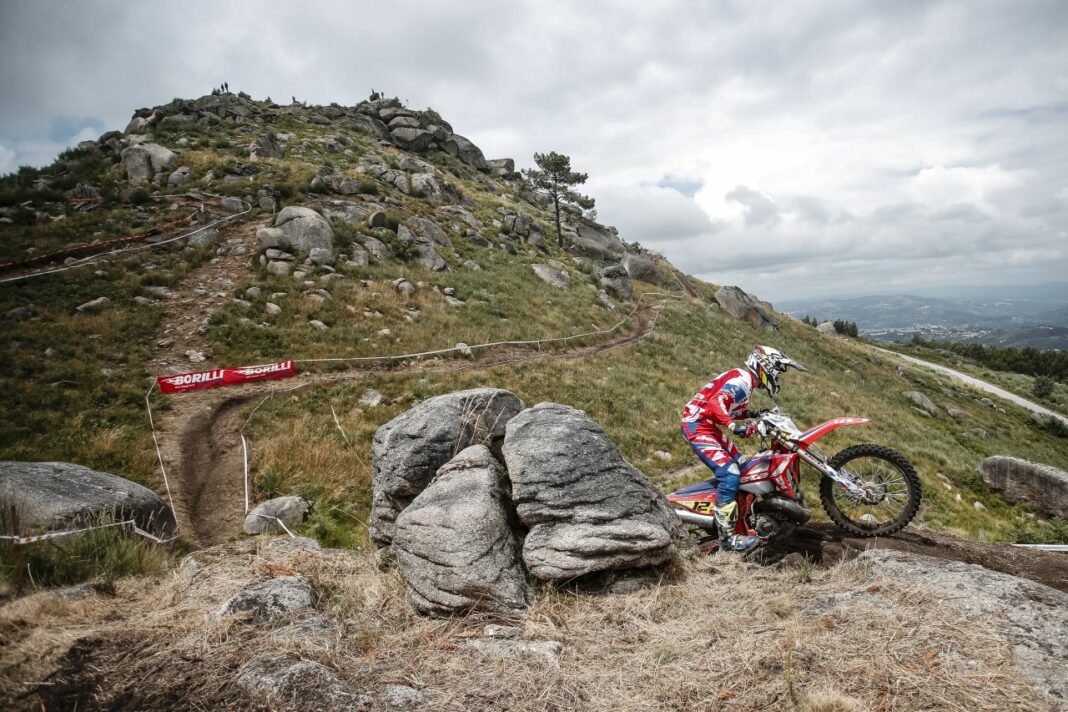 Britain’s Brad Freeman delivered a timesheet-topping ride on the opening day of the 2021 Borilli EnduroGP in Portugal.

The eagerly awaited series got underway in earnest today with host city Marco de Canaveses and its surrounding area producing a tough and demanding start to the season. With all eyes on the EnduroGP category, it was Britain’s Joe Wootton (Husqvarna) who was first to top the time sheets by taking the Akrapovic Super Test win on Friday evening.

But rolling out for the first test on Saturday morning, Beta’s Freeman was quick to get down to business, taking an early lead and posting the fastest time. While Freeman was up to speed, defending champion Steve Holcombe (Beta) was already on the back foot, losing 42 seconds to his rival following a costly mistake.

While Freeman controlled his lead at the front, Holcombe set about regrouping and with each test climbed his way back up the leaderboard. At the midway point of the day, Freeman held a 15-second advantage over Australia’s Will Ruprecht (TM) in second, with Spain’s Josep Garcia (KTM) third.

The afternoon saw Freeman go on to execute a perfect day and claim his first victory of the season. Digging deep, Holcombe worked hard to finally claim the runner-up result, ending his day 35 seconds behind his Beta teammate. In the fight for third, Garcia edged out Ruprecht for the final step of the podium.

“It was a good day, starting out by winning the first test and putting in a strong opening lap,” said Freeman. “With a good lead early on I tried to balance how hard to push for the remainder of the day. I feel like I managed my lead well and remained strong and consistent throughout, I’m looking forward to tomorrow now.”