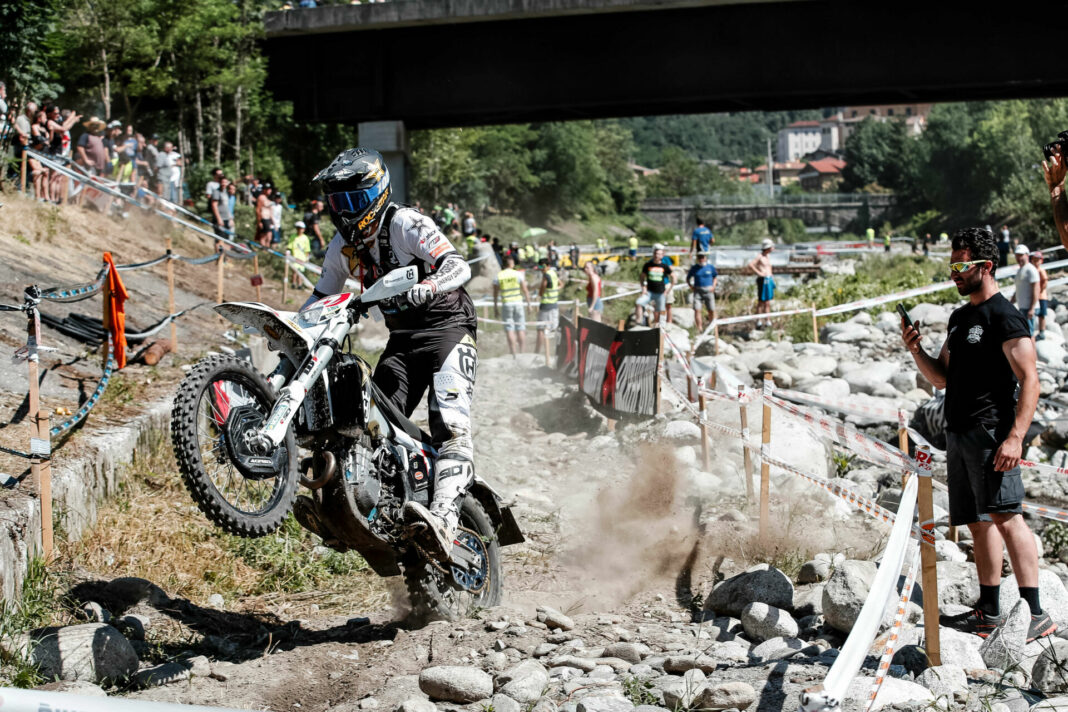 Following on from a dominant performance on Friday evening’s super test, the Brit then continued to shake things up in the Enduro two category, ultimately placing third on day one and backing up his performance with a fifth on day two.

Bolt went into the second round of the EnduroGP series simply looking to gain some valuable race experience, as well as putting on a show for the Italian Fans. The FIM SuperEnduro World Champion certainly won the crowd’s support on Friday, topping the overall super test times with a huge four second margin.

Sunday proved a lot tougher for Bolt, with the tougher more challenging riding conditions to his liking he was able to deliver a number of leading results in both the extreme and enduro tests.

“I didn’t really know what to expect going into the event, a top ten result was my goal, so to finish on the E2 podium on Saturday was great. I made a few mistakes on the few of the enduro and cross tests, but thankfully, I was able to claw some of that back with a couple of strong extreme tests.

“Day two didn’t go so well unfortunately, I found it hard to get into a rhythm early on and settle into a good pace, then towards the end in the extreme test my chain came off and I had to push to the finish, so obviously I lost a fair bit of time there. Overall I enjoyed it and it all goes well, I hope to be able to come back to race a couple more sometime.”

Weston Beach Race: Bolt out due to Enduro date clash