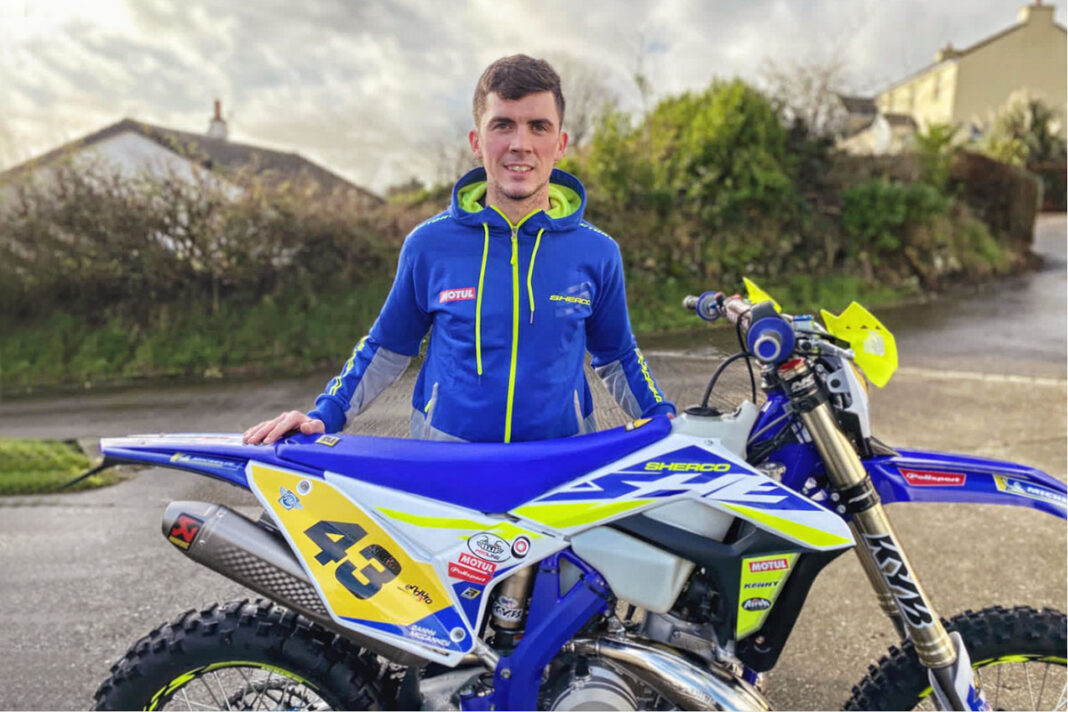 Manx enduro star Danny McCanney will switch back to a two-stroke in 2021 after signing to ride for the Sherco factory team in the E3 class on the marque’s 300 SE model.

The 29-year-old finished third in the E2 class of the FIM Enduro World Championship this year racing a 450cc machine for the Honda RedMoto team. However, now he’s reverted to the engine type he knows best after a single season on a four-stroke.

“I’ve wanted to ride for Sherco for a few years so after finally getting the chance I’m more than happy to give it a go,” he said. “I’m really looking forward to being back on a two-stroke – it’s the bike I learned to race enduro on and my riding style suits a two-stroke more.

“I was a little bit disappointed with this year’s results. We made a few changes to the bike during the year and by the end my results were a lot better.”

When we caught up with Danny he was just about to ride the Sherco for the first time.

“I just received the bike yesterday and I’m on my way right now to go and ride it. Depending on the COVID situation, I’m guessing it’s going to be sort of February time when I start going out to the team and start testing and setting the bike up.”

Danny will be joined on the team by 2020 Junior world champ Hamish Macdonald, Antoine Magain, Jack Edmondson and Enric Francisco.

David Miller - May 6, 2021
Cab Screens Crescent Yamaha rider Harri Kullas left the opening Revo MXGB round at Culham disappointed with his results after being limited...

MXGB Culham: ‘I know I have more in the tank’ – Sterry

Hitachi KTM's Adam Sterry left the opening Revo MXGB round at Culham with 'solid' results that saw him bag fourth in the...
Read more

MXGB Culham: ‘It’s been a while’ – Elliott Banks Browne

OakLeaf Honda made their return to the Revo MXGB paddock this past weekend at Culham, with Elliott Banks Browne lining up for...
Read more

MXGB Culham: ‘I know I have more in the tank’ – Sterry

Hitachi KTM's Adam Sterry left the opening Revo MXGB round at Culham with 'solid' results that saw him bag fourth in the...
Read more