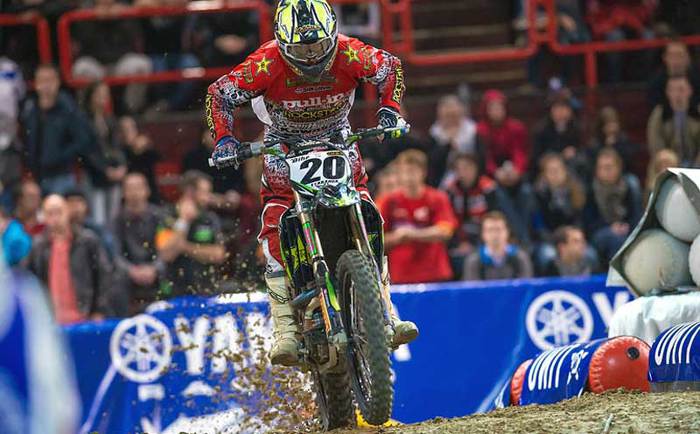 Hot on the heels of agreeing terms with star Fabien Izoird, Steve James has signed Gregory Aranda to his LPE Kawasaki Racing team for the 2014 UK Arenacross tour.

A highly-skilled indoor rider, 24-year-old Aranda is another former European SX champ who’s also won a Main Event at Bercy and with his French pairing Steve’s backed up last week’s promise that he’s deadly serious about winning the Arenacross title.

“I am very pleased to announce Greg Aranda as my second rider for the 2014 Arenacross series,” says Steve. “Greg is a very exciting rider and very good at SX with a blistering turn of speed as he proved again this year at Bercy. The big plus is that Greg is already on a Kawasaki and has his own suspension and set-up already dialled in.

“I am very happy to have secured his services to partner up with the equally talented Frenchman Fabien Izoird – they are the two riders I wanted to put together from the start as I think they make a very strong team. With these two guys on board we have a really good chance at challenging for the Arenacross title.”