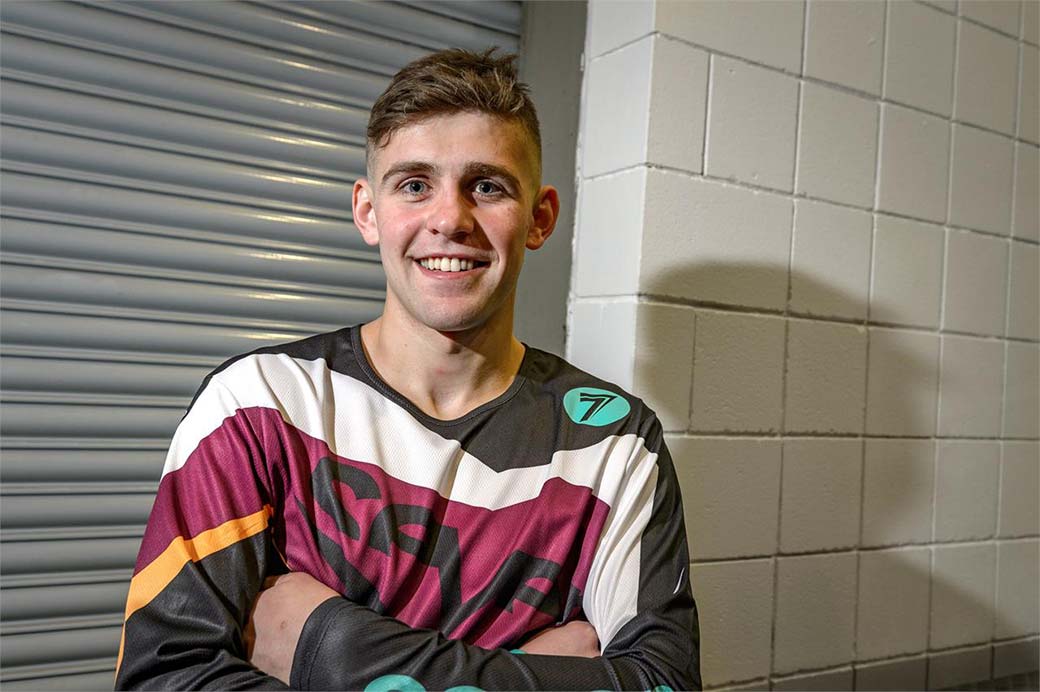 Reigning MX Nationals Expert MX2 British Champion Glenn McCormick is contesting the 2018 Power Maxed Arenacross Tour this weekend, replacing injured Nico Aubin, who had only just been drafted for the injured Angelo Pellegrini in the Pro class with RFX Suzuki.

The 22-year-old from Larne is a six-time Ulster and Irish MX champ and, when he took the call yesterday (Wednesday 24th Jan), from RFX boss Paul Irwin to join the team for the only doubleheader of the series, he said it was an opportunity he simply couldn’t turn down.

McCormick is no stranger to AX. He last contested the Rookie class in 2014 but hasn’t ridden any Arenacross-style circuits since then, and so the weekend ahead is going to be a steep learning curve for the amiable champ. “It’s going to be a big step up riding with the Pro class as I’m a 250 rider. I’m looking forward to working with the team as RFX is helping me out via Norman Watts Motorcycles with its Seven and Bell Helmets brands, and I’ve known the RFX boss Paul Irwin for a while now.

“It’s a little last-minute but, it’s not every day that the chance of getting to be in a team with the likes of Evgeny Bobryshev comes along and so I jumped at the opportunity. I don’t have much of a plan other than to take it as it comes, do nothing stupid and just enjoy it.

“Had my 2018 AX involvement been planned then I would have been straight into the Pro Lites class as Jason Meara and I race each other a great deal and are always really close on lap times. Think it’s safe to say that we enjoy competitive rivalry …”

The fourth round of the 2018 Power Maxed Arenacross Tour gets underway tomorrow, Friday the 26th of January at the SSE Arena, Belfast. It is swiftly followed by round five on Saturday the 27th. Doors open at 6.30 and the evening programme gets into full flow at 7.30pm.

Tickets will be available on the door right up until 7.00pm each evening, or via the Arena’s website www.ssearenabelfast.com